Chornovil: I would like our law enforcement agents to subject the terrorists to tortures to make them talk 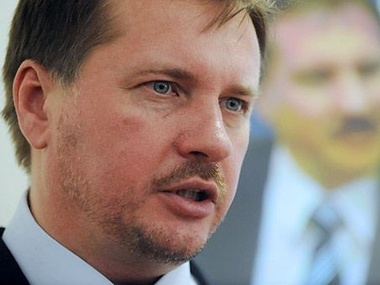 The former people’s deputy and political scientist Taras Chornovil told the GORDON about the large Ukrainian cities in which serious underground organizations are formed, why mass events should not be restricted under the threat of terrorism, and why people arrested on suspicion of terrorism should not be exchanged in the process of prisoner exchange.

The former People’s Deputy Taras Chornovil considers that the terrorist underground in Kharkov may be suppressed if law enforcement agencies act in a decisive and rigorous manner, whereas the struggle with subversive has not even started in Odessa.

It seems that there are specially trained groups that work at terrorist attacks. They were formed a long time ago, they are secret and well-trained. These groups are located in Kharkov and Odessa. As a matter of fact, they do not have any support even among the local pro-Russian citizens who do not welcome terrorist attacks because otherwise we would witness rally terrible things. Meanwhile, we see weapons going to Lvov and some other places, but they are intercepted, and they have no real chances in other cities.

There are two cities with serious subversive groups. I think that problems maz arise in them in the future. Somebody has been caught in Kharkov. As far as I understand, these are not some remote people who are just cogs in the machine, but those who take immediate part in the terrorist attacks. If what is told is true, people with real weapons were arrested who prepared terrorist attacks in other sites and directly against procession participants. It is clear that these are not the last people in the terrorist organization.

Many people think that the perpetrators must be some underlings, though serious active members may be the direct perpetrators in such organizations. Therefore I think that it is possible to disentangle the Kharkov group and reach the main forces. There is a possibility that all this will die out in Kharkov. In Odessa, there is not even a hint at the problem resolution though terrorist attacks are more limited there. In Kharkov, there are absolute freaks that kill people. The terrorist attacks are rather of preventive and intimidating manner, they are more cautious there, and it will be more difficult to find something.

I do not see any prerequisites for serious terrorist attacks so far. Probably, someone will want to do something in Kiev, but they will only be able to do that with the help of out-of-towners.

Let us not forget that it was only in Kiev that the procession was officially organized. And it would have been spontaneous but for the arrival of presidents. People want it so people go there. Nobody has organized it in Kharkov at all, and the procession would have taken place anyway, the local activists simply undertook to organize it. It was a civic rather than a state initiative. How can one stop it? If we agreed to do such things and were afraid to show blue-and-yellow flags on the cars, it would be what they want from us and what they push us to by these acts of terrorism. The question whether this procession was necessary or not is not in the air because it would have taken place anyway.

The only preventive measure is to take very rigorous investigative actions

It is hard to resist the terrorist attacks when they are committed. Especially in the situation when these two acts of terrorism in Kharkov, one in front of the court and the other one during the procession, were committed using explosive devices in the snow. It is very hard to detect such things. I understand that if such forces were involved as in Kiev in the presence of several presidents, everything would be checked there. But such measure are rarely taken even abroad, and it is rather difficult to prevent such things.

When it is an ordinary place in the street, when an allegedly tipsy man who fell down or simply stopped to lace his shoes drops a bag and covers it with snow, it is rather difficult to prevent it. The only preventive measure is to take very rigorous investigative actions in relation to those who have been arrested. I would like our law enforcement agents to remember old evil times. I would like them to use what is called tortures: fingers squeezed in the doors, a couple of sessions on an electric chair – to make terrorists talk. Otherwise, they know that the whole Ukrainian law enforcement system protects them and does not allow for any incorrect actions. Then they hope that they will be exchanged for somebody.