Chumak: It is necessary to tighten belts of the rich, but the Cabinet of Ministers wants to shift burden to all the population because there is a lot of it 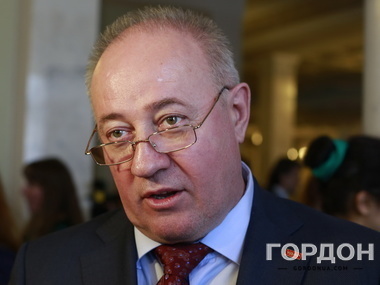 The People's Deputy from Blok of Petro Poroshenko considers that minimum wages and pensions should be frozen for some time, however in the conditions of crisis the rich have to incur the main financial loading.

The People's Deputy Victor Chumak considers that it is impossible for now to tell precisely how heavy the new tax burden will be, because initiatives of the government are not accepted yet and there are still many questions left. He told about it in the comment to the '' GORDON ''.

"Nobody hides that the treasury is almost empty and they need to find money somewhere to pay at least the minimum social payments. It is difficult to tell precisely how heavy the new tax burden will be, because these initiatives are accepted only in the first reading and there are still many questions unsolved", –Chumak noted.

"Today it is clear that it is necessary to reduce social payments. The state budget cannot extend such number of exempts. It is necessary to freeze a minimum wage and the minimum pensions for a certain time. Falling of GDP and of increase of production in connection with war and other problems say that the collecting of the budget will be scanty. For today we have the huge national debt, the budgetary hole by different estimates varies from 140 to 200 billion hryvnas. Therefore the part of the budgetary collecting will go also for its repayment",– the people's deputy declared.

According to Victor Chumak, among initiatives of Cabinet of Ministers there is a number of disputable norms.

"The offer of the government on increase of customs rates for import can lead to a rise in price of import goods. But on the other hand, it stimulates internal production",– Chumak considers.

"The zero declaration" (the obligation to submit the tax reporting for private person.—"GORDON")is applied starting from 200 000 hryvnias. If you have less than this you should explain nothing. And if you have more that that, you have to put it in bank. It is disputable norm. To follow this law it is necessary to have the high level of trust to banks and to national currency. We don't trust them today. This norm is necessary for officials. But for others it is early to conduct",– the people's deputy noted.

In his opinion, the offers on deregulation of business will be able to stimulate development of business activity.

"Yesterday the law on a tax compromise was adopted. It is very positive for small business. All small and medium business till April 1, 2014 worked at tax platforms with so-called insignificant transactions. And today all of them are exempted from penalties and checks", –the people's deputy noted.

In his opinion, the main fiscal loading have to be laid down on the rich and the indigent should be supported.

"If we do not tighten our belts, it will be difficult for us to leave this state. But it is necessary to tighten belts of the rich and the very rich. And for the poor it is necessary to make such conditions that the shock therapy will pass as easy as possible. I understand the desire of the government to shift burden to all population of the country because there is a lot of it, but here it is necessary to approach differentially", –Chumak considers.

"In the budget it was provided that deputies and members of Cabinet of Ministers next year will get paid only at a rate of their salary. On the one hand, it is correct, and on the other – is declarative, because we speak only about deputies and members of Cabinet of Ministers. Therefore I made the amendment and suggested to extend it to all the officials beginning from the president, and also judges of the Supreme and Constitutional vessels, the Public prosecutor, the secretary of SNBO, officials of Presidential Administration",– the People's Deputy noted.