Chumak: Many Western countries are willing to supply us with a lethal weapon 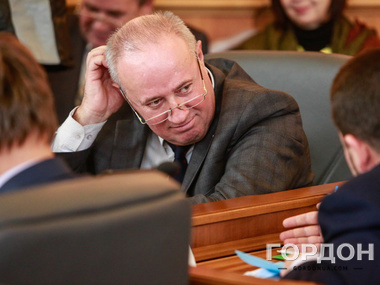 We currently can not say that NATO countries supply arms to  Ukraine, but many of them are willing to do it, said in a comment to "Gordon" lawmaker Viktor Chumak.

"The arms trade is a very delicate area of activity. It does not always go through public ways, and not always directly from the country of manufacture or of the country - the final adjuster. We have an agreement on military-technical cooperation with many NATO countries. I am not ready to say that they supply us with lethal weapons, but I'm talking about the fact that many countries are willing to do it, "- he said.

In his opinion, the procedures that are necessary for the supply of such weapons have already started and should be successful.

"This target weapons would seriously strengthen our position in the east. These complexes are the development of the latest generation, there is a fairly strong constraint on expert control for them, including in the country-developer, and it's mostly American weapons. So there are certain procedures that need to be accomplished before their delivery. The procedures are set going already, and I think they should be successful, "- Chumak added.