‘Cyborg’ Marshal: Guys at the airport will beat the stuffing out of them, you should not panic 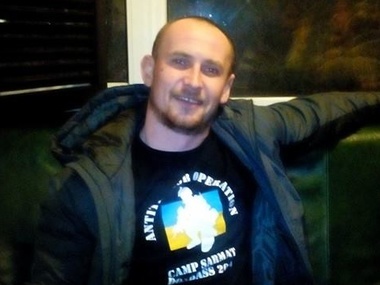 ‘Cyborg’ Marshal who was taking part in the defense of the Donetsk airport but is currently outside the object, said in the comment to GORDON  why this sector is important for the Ukrainian army from the moral point of view.

"If we cede the airport, we will cede another position in a month, and yet another in a month. The airport has turned into the "Brest Fortress", there are always fights, but if we compared with other sectors of the front, fights take place only there, and people generally speak only about this airport," Marshall considers.

"However, it does not mean that they only work at the Donetsk airport. Only one or two of their units work there, all the others are located in other directions and are ready to attack," the ‘cyborg’ added.

According to him, people should not develop panic on the Internet because of another attack at the airport.

"I see in the Internet that some volunteers or fighters write that it is all lost now. I do not know if everything is lost, but I consider that our guys will hold on there and will beat the stuffing out of them. People should worry for everything and everybody, but they should not develop panic. A fight lost is the a war lost. There are victories and there are defeats. The main thing is to avoid great casualties," Marshall noted.

"In view of the fact that I communicate with people from the occupied regions, I know that guys who want to seize the airport, sustain really big losses. There are many ambulance cars in the city, it means that they take away bodies," Marshall added.

"All this will end anyway, but not today and not tomorrow. We will fight, we will attack and defend ourselves. Russia keeps pushing there and providing new systems. And we will win anyway because if they kill some people, still others will come," the ‘cyborg’ reported.