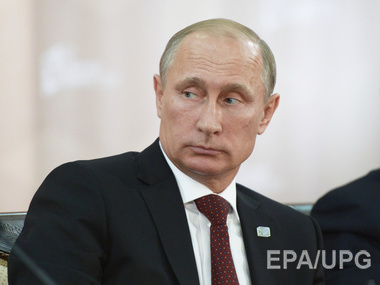 "GORDON" provides an overview of the most important events of October 7, 2014.

The First Results of the Investigation of "Ilovaisk Mousetrap"

- Chief Military Prosecutor of Ukraine Valery Matios gave a briefing where he told about the investigation of “Ilovaisk mousetrap” circumstances." According to the preliminary version of the office, a possible cause of the tragedy near the Ilovaysk at the end of August is the disobedience to the order of the battalion "Carpathian".


Donetsk Airport is under the Fire again

- Terrorists continue to attack the Donetsk again, however - unsuccessfully. The total amount of deaths in the ATO area over the past day is five soldiers. It is counted 10 deaths among civilians in Donetsk. Meanwhile terrorists from "DNR" continue to demonstrate their understanding of justice.  On the photo: the battalion "Donbass" soldier tied to the pole in Zugres.


In Lugansk Region the Boundaries were Changed

- In addition, the Verkhovna Rada voted to change the administrative boundaries of the two districts of Lugansk region, It is certainly an element of fixing the current state of affairs on the front line at the legislative level.

- Russian President Vladimir Putin celebrates his 62nd birthday. With the continued deterioration of relations with the West, with the rubel's fall and oil prices the holiday has turned out to be not the happiest one this year. Numerous experts and analysts are predicting the imminent collapse of the Putin's regime, despite the apparent external stability.To congratulate Putin Ukrainian cartoonist Yuri Juravel drew the specific birthday card.


Japan Gets the Nobel Price for Physics

- The Nobel Committee announced the award winners for physics. They were the scientists from Japan, who have opened the blue diodes. The invention made by Isamu Akasaki, Hiroshi Amano and Shuji Nakamura will allow to create energy-efficient light sources.