Diplomat Yaremenko: Game with the submarines is supposed to create an illusion that Russia is a military superpower that can do what it wants 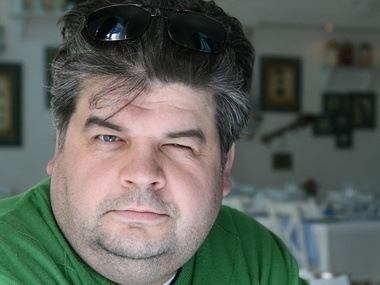 The USA found an effective way to struggle against hybrid war: they refuse to play games offered by Russians, but at the same time they seriously strike the Russian economy, considers Consul General of Ukraine in Istanbul Bogdan Yaremenko.

Possible presence of a Russian submarine in Baltic waters is both saber-rattling, blackmail, and demonstration of the force of the Russian Federation, Consul General of Ukraine in Istanbul Bogdan Yaremenko stated in his comment to the GORDON.

"Russia resorts to the cold war tactics, therefore, it is constantly trying to probe a weak place on the rival’s side. Whereas during the cold war it was done by methods like we have observed recently – submarines entering territorial waters without permission and with violation of all norms of international law, a strategic bomber that violates air space of the NATO countries, much more sophisticated things in terms of hybrid war take place now," the diplomat mentioned.

According to Yaremenko, there is the so-called informational and ideological probing, supervision of ideological diversions all around the world.

"It was the logic of the cold war period: attentively watching reaction of the opponent – in case it is precise, this is a place where the opponent expects an attack; if the reaction is absent, if a country has quiet reaction to pro-Russian demonstrations and to the presence of pro-Russian parties – it means that this is where a blow from the Russian Federation should be expected. It means that it will concentrate the greatest forces in this direction. Russia shows that it is capable of acting globally, but it actually turns out that it shows what it is not capable of, it has no resources," the expert reported.

Yaremenko considers that all such actions of the Russian Federation are aimed at creating an illusion that Russia is a military superpower that can be in any corner of the World Ocean and do whatever it wants.

"Putin has already fallen in a trap. Not only has he lost personal trust, his country is under sanctions. Such behavior will maintain the sanctions. They will not be lifted at least. Perhaps, they will not get stricter, but they will not be lifted, either. The Russian economy will suffer huge losses. Actually, there is no doubt that the fall of oil prices is a response to the actions of the Russian Federation," Yaremenko said.