Fesenko: Zguladze can become a certain counterbalance to Avakov 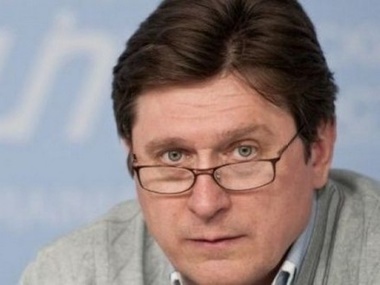 The strategy and tactics behind the reforming of the Ministry of Internal Affairs of Ukraine under the present conditions should be different than in Georgia, the political scientist and Head of Penta Center of Applied Political Researches Vladimir Fesenko considers.

The beginning of reforms in the Ministry of Internal Affairs will depend on how the Minister of Internal Affairs and his first deputy will interact; it is no secret that Zguladze may become a counterbalance to Avakov. This opinion was expressed by the political scientist Vladimir Fesenko in his comment to the '' GORDON ''.

"The question how Avakov will interact with Eka Zguladze and whether there will not be an opposition between them is still open. It is no secret that it can become a certain counterbalance to Avakov. And, as far as I know, Avakov was afraid of her joining his agency. According to unofficial information, he opposed her appointment in the beginning. For example, after an interview in the parliament, Avakov denied her appointment and, in general, did not support appointment of foreigners in his ministry. At the first stage, he was an opponent of such actions, but as a result, probably, he agreed after all, and his last statements proved that he supports this appointment. I do not know how sincere he is, but the question is open so far," Fesenko said.

According to him, none of the foreigners in the government will cope with their functions alone.

"Neither Eka Zguladze nor any other foreigner who came to work to the Ukrainian government will be able to reform anything alone. They can promote reforms and can be rather effective reformers only if they manage to form capable teams that they will head and if they are actively assisted by the prime minister and the president. This is a major condition," the political scientist reported.

Fesenko believes that the systems of internal affairs of Georgia and Ukraine have striking differences.

According to the political scientist, Zguladze can deal with the corruption issue in the Ministry of Internal Affairs as she successfully coped with this problem in Georgia.

"Copying of the Georgian experience will probably not take place, but it will bring both energy and consistency. It is what Avakov lacked. He is inclined to self-praise, but he lacked consistency in reforming militia and the whole system of the Ministry of Internal Affairs. Another important point, probably, the most difficult one, is the fight against corruption in the system of the Ministry of Internal Affairs. It was fought against very resolutely in Georgia and I hope that Eka will deal with it, too. The question is whether she will have enough powers for this and whether there will be support both from the president and the prime minister," Fesenko stated.

According to the political scientist, Avakov did not show determination in the fight against corruption.

"The prime minister belongs to the same party as Avakov, and, unfortunately, the current Minister of Internal Affairs, according to the data from different sources, did not show any determination in the fight against corruption in the system of the Ministry of Internal Affairs. Corruption in this system remained, and there are still a lot of problems, no serious changes have been made. Therefore, there is a hope that Eka will at least try to initiate this process," the expert reported.

Fesenko considers that the experiment with foreigners in the Ukrainian government is temporary.

"I think that the current minister would better have structural interaction with Eka Zguladze, to make use of her experience and not to see a rival in her. I think that the experiment with foreigners in our executive power is a temporary experiment. Therefore, Eka Zguladze should not be considered as a rival, not as a candidate for the position of the Minister of Internal Affairs, but rather as an effective assistant. And the effectiveness of reforms in the system of the Ministry of Internal Affairs will depend on the joint actions of the minister and his deputy," the political scientist reported.