Fesenko: Children of politicians run for office because the Ukrainian tradition of nepotism covers not only politics and economics, but also the social life 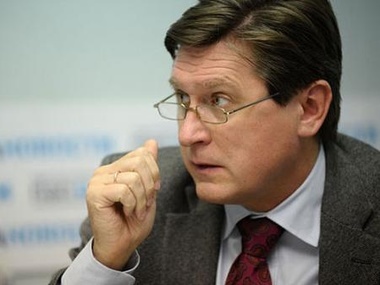 Children of politicians are taking part in the political life in many countries, forming the whole political clans, so this practice is not anti-democratic. This statement was made to the comment the "Gordon" edition by political scientist, Director of Research Centre "Penta" Volodymyr Fesenko.

"There is nothing anti-democratic. Ukrainian political traditions are very close, for example, to American and Japanese ones. Both in the United States and in Japan we can see the same. In the USA, for example, a father and a son were presidents. I mean the Bush clan. The whole family was represented in the politics. Another example of the famous American clan - Kennedy clan. Actually, it is considered to be the normal practice. That is why you should not think that we are some kind of exception to the rule and that we have something special, "- Fesenko admitted.

In Vladimir Fesenko's opinion, it would be more vicious practice to engage into elections the people working with business leaders than the children of politicians.

"Why do we have this happening? It is because the Ukrainian tradition of nepotism covers not only politics and economics, but also the social life.

Our nepotism is not just about politics, but also about our tradition, whether we like it or not. The problem lies in the professionalism of the candidates. They shouldn't take the wrong place. For example, the president's son Alexey Poroshenko. As far as I know, he is the deputy of the regional council, a man with a good education. If he wants to run - why not? The problem is that we saw that sometimes the lists of the parties were full of the various oligarchs' servants. It is good when a deputy is professionally trained and politically active. But when oligarchs  send service staff to represent their interests then we should reject those traditions "- Fesenko noted.

In his opinion, it is impossible to ban children of politicians to take part in the political life of the country if they are willing to.

"One of the members of the top five in the list of Anatoly Gritsenko "had a go" on Poroshenko due to the fact that his son is running and is involved in politics. "This is not a new way", - he said. He somehow forgot that Anatoly Gritsenko's son is also actively involved in politics. He was the Maidan activist and has become the deputy of the Kiev city council. So, should we ban them to run? We cannot prohibit the person to participate in the political life only because his father is a politician. This is, in my opinion, the violation of constitutional rights. I personally know Gritsenko's son. He is a good man and a politically active person. So let the voters decide, but not journalists and experts, who will be the deputy ", - Fesenko concluded.