Fesenko: default does not mean bankruptcy, default is just a suspension of payments on debts 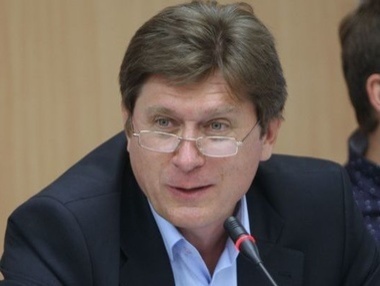 Fesenko: The government was forced to seek a certain balance between the requirement of the IMF and the need to retain social stability
Photo: telegraf.com.ua

Debt problem should be solved not by providing new loans to Ukraine, but by restructuring the external debt, political scientist, the head of the Center for Applied Political Studies "Penta" Volodymyr Fesenko.

You shouldn’t be afraid of default, which many perceive as a disaster, said in a comment to "Gordon" political analyst Vladimir Fesenko.

"I will speak for one, maybe unpopular idea - do not be afraid of default. Some perceive it as a catastrophe. You shouldn’t think of default as of bankruptcy, default is just a suspension of payments on debts. If our partners think for three months, to give or not to give us financial help but make us pay debt obligations, we must act tough enough - to say that we are not able to pay our debts. To do this, we should either decide the question of debt restructuring, or the optimal format of economic aid to Ukraine. In any case, we have to seek a balance of interests between the need to maintain at least relative social stability, social equilibrium within the country and the economic feasibility of the budget, on which our foreign creditors insist, "- he said.

According to Fesenko, it is needed to restructure the external debt of Ukraine.

"The government will be forced to look for flexible options, a certain balance between the requirement of the IMF and the need to hold at least relative social stability. There is a problem not only in the social stability, but also in economic expediency. The vast majority of economists understand it. If now dramatically raise the utility rates, people simply will stop paying. Accordingly, the measure of budgetary savings is not something that has no effect, the effect will be the opposite. Therefore, we must look for flexible options. And one more problem that can not understand the IMF, and that our friends from the government should explain friends from Washington - is that the debt problem should be solved not by giving us new loans, but by restructuring the external debt of Ukraine. Now it is one of the primary scenarios that should be discussed, "- said Fesenko.

The political scientist believes that the problem with the budget should be solved the most stringent way.

"There is no simple answer and the optimal solution of the problem. This is done to save, not just because the government wants to make things worse. The problem is much simpler - there is a huge budget deficit and an unbalanced budget. This is especially concerns the pension fund deficit and Naftogaz of Ukraine. We have been solving this problem, at least for 10 years. Now it is necessary to solve this in rather complicated way." - said the analyst.
Tags: IMF, Volodymyr Fesenko, Ukraine, political scientist