Filatov: Nobody knows anything about the closure of the airports – from guard garrison to security officers 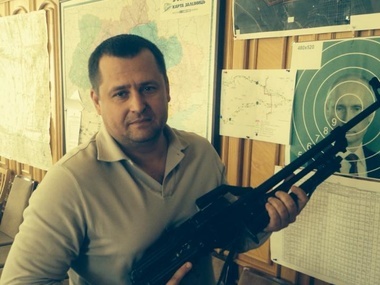 Filatov: We definitely don't have the NATO planes, othervise I would have known
Photo: Borys Filatov / Facebook

It is absolutely for sure that NATO planes have not landed in the Dnipropetrovsk airport, the People's Deputy Boris Filatov stated.

The closure of the airports is buried in mystery, the People's Deputy Boris Filatov said in the comment to the GORDON .

"I talked with different people, from the soldiers protecting the Dnipropetrovsk airport to security officers, and nobody knows or says anything. It is an enigma buried in mystery. I have friends in the garrison protecting the Dnipropetrovsk airport, they know nothing either, they say, "There was a command to be ready and that is all!" I also talked to the heads of intelligence services at the regional level – nobody knows or understands anything," he said.

According to Filatov, information that NATO planes are unloaded at the closed airports is not true.

"It may be due to the threat of an act of terrorism. If we speak about arms supplies, the senate only adopted the law, and Obama has yet to sign it. Therefore, talks about the planes are a fake. It is for sure that we do not have NATO planes, I would have been told it. Perhaps, they have arrived in Zaporizhia, but I do not really think so," the People's Deputy reported.