Firsov: In order that our soldiers could return from captivity sooner it is necessary to cooperate with anyone, even with Medvedchuk 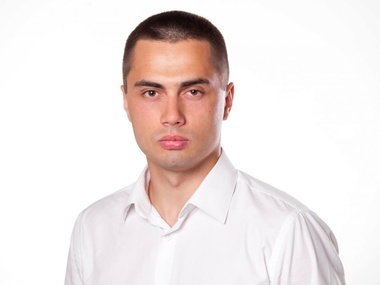 Firsov thinks, the army is not ready for solving the military conflict in Donbass
Photo: belitskoe.at.ua

The People's Deputy from Blok of Petro Poroshenko Egor Firsov considers that thanks to the Minsk negotiations which established certain conditions, sanctions against Russia for nonexecution of those conditions were imposed.

The situation on Donbass has two versions of the solution – military and political ones. However the Ukrainian army is not ready to a military way of the solution of the conflict yet. The People's Deputy from Blok of Petro Poroshenko Egor Firsov declared it in the comment to the GORDON .

"There are two formats of solution of a situation on Donbass. The first option – the military one. When our army will seize these territories and will resist to the army of the Russian Federation. Our army is not ready for this option. And second option – political one. The political option has two purposes. Purpose-minimum and purpose-maximum. The purpose-minimum– is to cease the fire, the purpose maximum – to return the territory. After we cease the fire people will leave cellars, and some branches of the state will be normalized, but we will still face that problem that Ukraine does not control part of its territory",– Firsov considers.

"If not the Minsk negotiations, sanctions of the whole world would not be put into operation. It is the formulation of conditions and demonstration to the whole world that if Russia does not fulfill the obligations it is necessary to impose new sanctions again, or if it carries out them – we are good. And we all know what are the obligations:  troop withdrawal, control of border, release of hostages",– the people's deputy noted.

According to Egor Firsov, the ex-president Leonid Kuchma would fit the role of the negotiator as he possesses good experience and authority.

"Kuchma as skilled and to some extent rather authoritative person at the international level does everything that is possible receiving directives from the Ukrainian state. If someone has a desire to participate in these negotiations – please, let them participate, let them release hostages, take away the Russian troops and show their importance and their force. I did not see the politicians that are ready to assume this function and to successfully hold the negotiations",– Firsov noted.

According to the deputy if participation in negotiations of the former head of Presidential Administration Victor Medvedchuk allows releasing the Ukrainian soldiers from captivity, this chance needs to be used.

"Medvedchuk – exclusively pro-Russian politician. He is very actively communicates with Putin almost every day. Medvedchuk is more necessary to Putin in Ukraine, than in Russia. Spontaneous appearance of Medvedchuk and his statement that he supposedly can exchange hostages and can come to an agreement with militants is some kind of raising his political price in Ukraine, so that he could earn political points here and appear again in political arena. He had certain contacts with SBU concerning the release of hostages, and in this context it is necessary to cooperate with anyone, even with Medvedchuk or any other person. The main point is to have our soldiera returned from captivity to their families sooner,– Firsov considers.