Svoboda member Furman: We will demand dismissal of the governor, head of militia and prosecutor in Vinnytsia. But in a peaceful manner 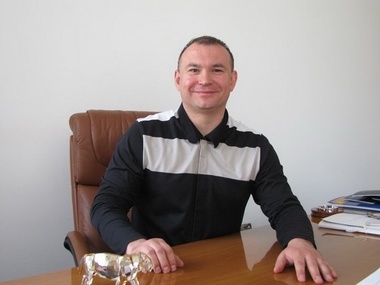 Furman: People in Vinnitsya supported us in the fight against attempt of contr-revolution
Photo: vinnitsa.info

People in Vinnytsia went out to support the Svoboda party in its fight against counterrevolution, the Head of Vinnytsia Regional Svoboda Organization and ex-People's Deputy Alexey Furman declared.

Activists in Vinnytsia demanded dismissal of regional department heads, the Head of the Regional Svoboda Organization Alexey Furman reported in the comment to GORDON.

According to Furman, people in Vinnytsia went out to the protest because they were indignant with the actions of the former members of the Party of Regions.

"There is nobody but people who revolted with actions of the former members of the Party of Regions behind all actions in Vinnytsia. Of course, people supported Svoboda in its fight against counterrevolution. But there were representatives of all parties there: both People’s Movement and the European Party, and Vinnytsia activists who were on Maidan from the first day," Furman stated.