Military expert Golts: Russia has only serious resource remaining – it is nuclear power 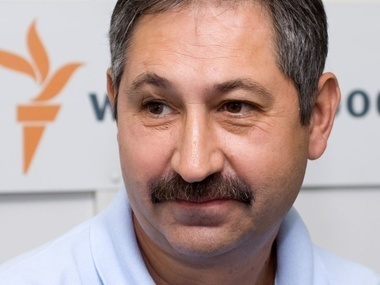 The world returns to a state when countries perceive one another within the stereotypes of the Cold War, considers the Russian military expert Aleksandr Golts.

It is impossible to state with certainty whether the Russian submarine invade the Swedish water area, the Russian military expert Alexander Golts said in the comment to the GORDON.

"But the fact that everybody definitely treats this as a certain activity from the Russian side is significant in itself. We returned well to the situation of the early 80s when our submarine ran aground near the Swedish naval base and nobody believed that it occurred due to slovenliness of the Soviet seamen, rather than because they were carrying out an ominous operation there," the expert said.

Golts considers that the world is returning to the paradigms of the Cold War. "Not quite to the Cold War, but to the fact that we perceive one another within the stereotypes of the Cold War. It is hard to say how long this war may last. Firstly, it is not clear how long Russian authorities will last resisting the whole world. Secondly, it is not quite clearly what resources Russia has at hand today though it is obvious that it has less resources than the Soviet Union. We will check it only empirically," he reported.