Gordon: Yanukovych sits in his cottage in Sochi, drinks heavily and does not receive anybody 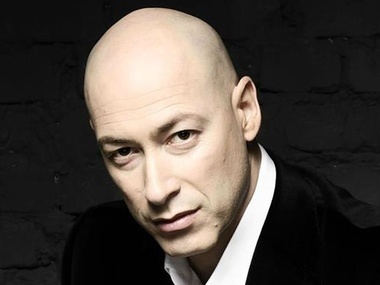 ‘Former Ukrainian President Viktor Yanukovych welcomed Head of Putin’s Administration Sergey Ivanov drunk and in a dressing gown and started giving instructions, after which the latter refused to visit him,’ state the journalist and candidate deputy Dmitry Gordon referring to his sources.

‘Former President Viktor Yanukovych who had fled from Ukraine, went on a drinking bout,’ stated the journalist, deputy of Kyiv Administration and candidate deputy of Ukraine from majority district 220 (Kyiv) Dmitry Gordon in the Shuster Live show.

‘Yanukovych is on a drinking bout and in depression. Because maybe it came home even to him what he had done from the historical point of view, what loathsome things he had done against his nation,’ he stated. Gordon refused to disclose his sources of information, but he underlined that he takes responsibility for his words.

The journalist also described how Yanukovych behaved during the meeting with the Head of the Russian President’s Administration.

‘When he was living near Moscow, Sergey Ivanov, Head of President Putin’s Administration, came to his place. Yanukovych welcomed him drunk and in a dressing gown and started giving him instructions. Then Ivanov came to Putin and said, ‘Do not send me there anymore, it is not clear who is the guest, he or we,’ he described.

Dmitry Gordon also pointed out close relationships between Viktor Yanukovych and the as astronaut Georgy Beregovoy who was protected him.

‘According to my assumptions based on conversations with people who know much he is the Viktor Yanukovych’s biological father – the astronaut Beregovoy (Georgy Beregovoy – USSR space pilot, twofold Hero of the Soviet Union, helped Yanukovych to have two convictions expunged. – GORDON). He has been helping and pulling him up for all his life – he was then living in Yenakiyevo. It is obvious that Yanukovych was recruited. And Putin knows it very well. And personal profiles have been taken to the secret agency in Moscow,’ Gordon says.

He has also disclosed some details of the visit of 24 Ukrainian deputies to the Russian State Duma.

‘One of them, mister Lukyanov, began to speak that we were all pro-Russian. And Naryshkin said a very interesting phrase that nobody knows about. He said, ‘you should not be pro-Russian, you should be pro-Ukrainian,’ he pointed out.

According to the journalist, Naryshkin’s phrase is another proof of the fact that the Kremlin is ready to retreat in the conflict.

"A series of secret data prove that Putin is serious about stepping back. He must save face, but he has to step back because the sanctions are destroying his regime more and more. And his surroundings is starting to rebel. And they will keep rebelling more and yet more.’

24 people’s deputies of Ukraine from the group “For Peace and Stability”went to the Russian State Duma with a peacemaking visit on 17 September. They met Russian deputies headed by the Speaker of the State Duma Sergey Naryshkin. It was reported that Ukrainian parliamentarians were going to ask the State Duma to assist in the repatriation of former officials Viktor Yanukovych, Sergey Arbuzov and Aleksandr Klimenko. However, details of the meeting with Naryshkin remained unknown.