Grach: Do not think that only Ukraine is being criticized in the Crimea, – the discontent with the local pro-Russian authorities grows also 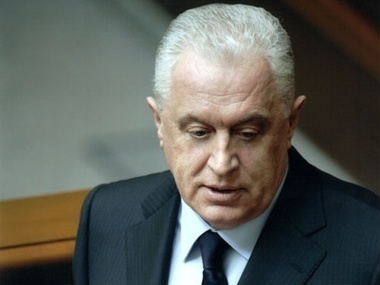 American authorities are responsible for the decision to block the Crimea
Photo: grach.crimea.com

American authorities are responsible for the decision to block the Crimea, the former chairman of the Supreme Council of the Crimea Leonid Grach states.

The Crimeans are displeased with not only the Ukrainian government, but also with local pro-Russian authorities, the former head of the Supreme Council of the Crimea Leonid Grach told in the comment to the  “GORDON” .

“Do not think that only Ukraine is being criticized in the Crimea, – the discontent with the local pro-Russian authorities grows also. I already declared after the referendum for separation on March 16, 2014: "Crimeans, exult, but do not forget that you voted not for returning to the USSR, but for entering Russia which is much more corrupted than Ukraine is", – he reported.

According to Grach, inhabitants of the peninsula understand that not professionals at all rule the Crimea right now.

"Crimeans are dissatisfied with the authorities of the peninsula, their provincialism, corruption and criminal past. We all know those who are now in power in the Crimea, we remember who shot, killed, stole, stored their means in the offshore zones. We see that the Crimean authorities are not professionals, but laymen. But if someone in Kiev thinks that the more we insult  the Crimea, the more strongly inhabitants of the peninsula will begin to hate Russia, – they are mistaken", – Grach told.

The ex-chairman of the Supreme Council of the Crimea considers that first of all the USA are interested in blockade of the peninsula.

"It seems that at Russia and Ukraine all brakes refused: historical, intellectual, pragmatical. We are on the razor edge. The last step that we could make on the way to this edge, – to stop transport connection, to disconnect the Crimea from the electric power, to tear off the bank services. I perfectly understand that behind the decision to block the Crimea there is Uncle Sam (the ironical personified image of the USA.– "GORDON" ). But Uncle Sam could not care less of destiny and the future of Crimeans. Poroshenko and Yatsenyuk have to understand: the USA treated both the Arab world and Africa the same – they destroyed them all", – Grach summarised.