Gritsenko: If Poltorak doubts that the army is provided with everything, he ought to ask for money in the Cabinet of Ministers 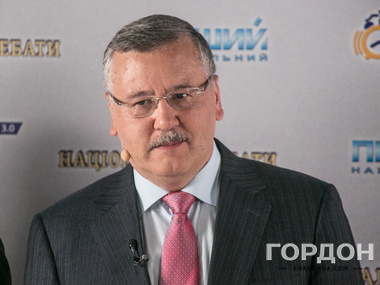 The ex-Minister of Defense Anatoly Gritsenko declared that the parliament and the president made all the necessary steps for the provision of the army during the winter period and it is the matter of implementation of these instructions in the government now.

The People's Deputy and the former Minister of Defense Anatoly Gritsenko considers that the Minister of Defense Stepan Poltorak has to request the Cabinet of Ministers to allocate funds for the provision of the army in the winter period as the necessary decisions have already been made by the parliament. Gritsenko said this in his comment to the GORDON.

"We have Constitution that defines precisely who is responsible for financial and material provision of the army and performance of defense objectives. It is the Cabinet of Ukraine. Therefore, if the minister doubts that the army will be provided with everything necessary, he should go to the Cabinet of Ministers and resolve these issues. There is a budget and a reserve fund, in addition, the parliament has voted several times for the allocation of funds for the provision of the army, especially, of those units that take part in military operations in the east. It means that the  Cabinet of Ministers is responsible for this. The parliament has voted for the necessary measures, and the president has signed everything," Gritsenko considers.

"I am not the minister now and I do not have information on how many sets of warm clothes or tents have or have not been purchased. Poltorak is responsible for it. He is already the ninth minister after me. However, I know that the prevailing majority of those with whom I communicate are not well provided. And even if they are provided, that is only thanks to volunteers. I have read the statement of the Prime Minister that the army is provided with everything, and now the Minister of Defense is saying that it is not. So they ought to sit together and sort it out, looking into each other’s eyes," the politician added.