Historian Gritsak: Putin has destroyed civil society, it means that after there will be a ruthless Russian rebellion rather than a revolution after him 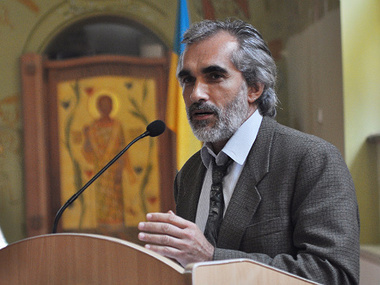 The end of the Russian President Vladimir Putin's regime is foregone, and the main question now is what will be after him, believes the Ukrainian historian Yaroslav Gritsak.

“Vladimir Putin could stay in power for another year or two, but judging by the dynamics of his actions, the end of Putin’s regime can come even sooner,” the historian and honorary professor of Kyiv Mohyla Academy Yaroslav Gritsak commented on this for the GORDON.

"There is not a single instance in the world history when an authoritarian regime would have existed for longer than 80 years. 5 years more or less. However, Putin himself sped up his collapse, and analysts today give him a year or two. Judging by the speed at which he is moving, we can say that he will leave sooner," says Gritsak.

According to the historian, hard times await Russia after Putin’s resignation as he has destroyed the country's civil society.

"The main question now is: what will happen after Putin? I am afraid that the scenario is not the best because, in my opinion, the main problem Putin added is that he has completely destroyed any rudiments of the civil society. This means that after Putin we can expect and a notorious bloody and ruthless Russian rebellion rather than a revolution like in 1991, and we know what it may be like," said the historian.

"Putin is not just preparing his end, Putin is preparing the worst end for himself. This rebellion can destroy Putin himself. What is special about this rebellion? Its progress is unpredictable as it will take place in a nuclear country," said Yaroslav Gritsak.

To support the national currency, Russia had to spend record amounts of money. In addition, Russia may suffer serious damage if the current prices for oil in the international markets will not change or will suddenly drop significantly.

According to Bloomberg, conflicts have already started in the Russian president’s team regarding different views on economic management under the crisis.