Illarionov: There will be deputies working for Putin in the new Rada besides the Oppositional Block 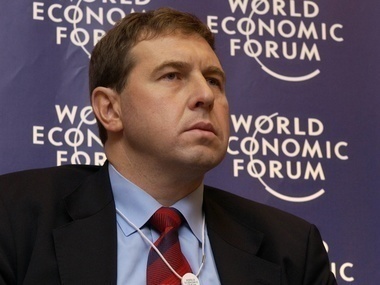 Russian President Vladimir Putin, delivering a speech on Valdai, outlined ambitious plans in which Ukraine will be one of the first and major goals, considers Vladimir Putin’s former adviser Andrey Illarionov.

Not only representatives of the Oppositional Block, but also deputies belonging to other parties will work for Vladimir Putin's policy, said the Vladimir Putin’s former adviser, economist Andrey Illarionov in his comment to the GORDON.

"It does not mean that each of them will work for Putin, but it is a rather essential force whose power was not predicted by the polls. Nevertheless, the Oppositional Block is getting no less than 10% even by the party option and, probably, will get still more majority deputies. Of course, it is less than Party of Regions and communists received during the previous elections, nevertheless, taking into account the situation in which Ukraine is now, existence of such essential force in the Verkhovna Rada is a very serious problem," Illarionov said.

In his opinion, Putin's strategy will not change after these elections, but the tactics may be different. "Putin is notorious for using all possible and at first sight impossible tools and levers. Therefore, he will try to use the lever in the Rada, but it does not mean that he will be limited to it only. There are both power methods, and subversive activities, including corruption, including political influence both on deputies and on executive authorities. Therefore, the main conclusion is that Putin not only refused to change the strategy, he sticks to it," the expert stated.