Illarionov: Hollande and Merkel initiative evokes a feeling of deja vu, the same way Czechoslovakia was raped in 1938 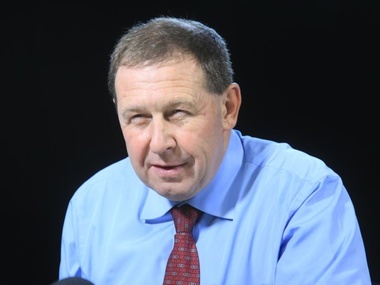 Former adviser of President Vladimir Putin, economist Andrey Illarionov said to the publication of "GORDON" that Ukaraine is prepared for degraded version of "Transnistria" scenario, why EU leaders buy into the blackmail of the Russian president, and about what choice the Ukrainian government did.

Despite the fact that the rhetoric of the United States in the conflict in Ukraine is changing in Europe are still afraid of the "big war" and trying to appease the aggressor, oblivious to the fact that full-scale war is already underway, considers Russian economist Andrei Illarionov.

Initiative of Merkel and Hollande is called by the two most important factors.

On the one hand, this is escalation of military operations supported by , and propaganda offensive of the Russian regime. In this offensive campaign can also be seen signs of not only the actual operation, but also large-scale intimidation and blackmail of and for Putin desired results without a real military operation. Whether it will be special operation to blackmail or the real breaking depends on what order Putin will give at the last minute.

On the other hand, a reaction to the failure of the September peace efforts in , and especially on the rebels' offensive, began on January 11, was quite a great change in the political climate in . Now they rather actively started discussing publicly the possibility of supply of lethal defensive weapons in .

Even the candidate for the post of Minister of Defense, making speech in Congress, to the direct question of Senator McCain said that leans towards it. Not only the expert community, not only the Pentagon, but many administrative officers are now seriously considering the possibility of supplying lethal defensive weapons to . Now it appears that Barack Obama is one of the very few public figures who are still opposed. With continuation of military actions in it is only a matter of time when the decision on deliveries can be made.

In response to the changing political climate in Washington Kremlin has launched an unprecedented campaign of intimidation in the , and especially in . The message that is transmitted to the public debates is that the supply of arms to will cause an even greater intensification of military actions on the part of , and this will lead to full-scale war in , with unpredictable consequences. European public opinion refuses to understand that the full-scale war in Europe is already going, and that exactly the supply of arms may be a tool that will be able to stop the escalation of the conflict, an end the military actions and achieve a viable peace agreement.

Nevertheless, the dominant logic in of perception of events is quite different. Under the influence of the Kremlin's blackmail Merkel and Hollande decided to take the initiative to "save the peace in ," and invite the parties to a version of "peace plan", which, according to the leaked information, has been agreed with Putin. After yesterday they were twisting Poroshenko's arms, they got his consent, today, they are very likely to get a favorable agreement with Putin.

According to leaks, it is a degraded version of even the so-called Transnistrian option

The big question is what will be in the agreement. According to leaks, it is a degraded version of even the so-called Transnistrian option: the new (actual) line dividing the warring parties; the legalization of breeding out of control of the Ukrainian side as compared to September additional at least several hundred square kilometers; a de facto recognition of Kiev authorities of rebels in the so-called republics; on the financing of the "Republic" from the Ukrainian budget (Transnistria is not funded from Chisinau); the introduction of Russian "peacekeeping troops" in the Donbass and their legalization on Ukrainian territory; a formal joint (Ukrainian-separatist) and therefore a meaningless control of Luhansk segment of the Ukrainian-Russian border; as well as possible safeguards by not joining the West of Ukraine into NATO.

On the whole, the initiative of Merkel-Hollande causes acute sense of deja vu - almost the same way was raped in 1938, known as the "Munich Agreement". And the same was in Abkhazia and South Ossetia, and in the case of Transnistria.

In addition, I remembered my prediction, warning, "You give up without a fight" on 13th of April of the last year.