Journalist Butusov: To disorganize Ukraine, it is necessary to cut it from Odessa, and to advance the Russian troops they have to take Kharkov

Exactly in these cities Russia initially planned and carried out a set of acts of sabotage, the editor-in-chief of the edition "Censor.net” Yury Butusov. 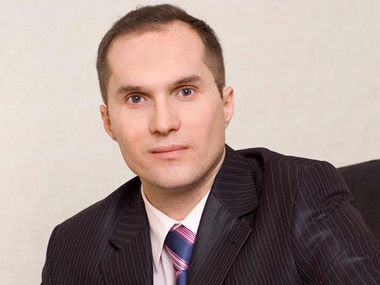 Butusov: the Ukrainian society became stronger both in Kharkov, and in Odessa
Photo: atv.odessa.ua

For further advance of the Russian troops it is necessary to carry out, from the point of view of Russia, subversive activities in Kharkov and Odessa. Such opinion in the comment to the "GORDON" was expressed by the editor-in-chief "Censor.net” Yury Butusov.

"Kharkov and Odessa are flank cities, one in the north, another one – in the south. These are extreme points of a southeastern arc, that is why Russia initially planned and carried out a large number of acts of sabotage there. To disorganize Ukraine, it is necessary to cut it from the sea and from the main transit point which Odessa is, and for further advance of troops – to take Kharkov. The main subversive activities, from the point of view of Russia, should be carried out in Kharkov and Odessa. Besides, Kharkov – one of the most important industrial and communication hubs of Ukraine, and Odessa – cargo gate to Ukraine and a corridor to Transnistria", – Butusov told.

According to the journalist, it is not incidentally that in these cities there is a maximum number of diversions.

"Initially in Odessa and Kharkov most of acts of terrorism were carried out. We know that in the House of labor unions during collisions in Odessa on May 2 there were eight citizens of Russia among the dead. It is not coincidentally at all", – Butusov reported.

The journalist considers that the Ukrainian society, in spite of any circumstances, became stronger both in Odessa, and in Kharkov.

"The Ukrainian society became stronger both in Kharkov, and in Odessa enough to reflect all acts of terrorism. Therefore I do not expect destabilization there. But counterintelligence should continue its work, as the opponent continues to throw diversionary groups. A number one aim of these groups – destruction of reserves of the Ukrainian fuel. They within economic war do everything to undermine our echelons, and first of all – echelons with fuel", – Butusov summed up.