Karasev: If Ukraine rate will be made on a military solution to the conflict, it means geopolitical defeat in Europe 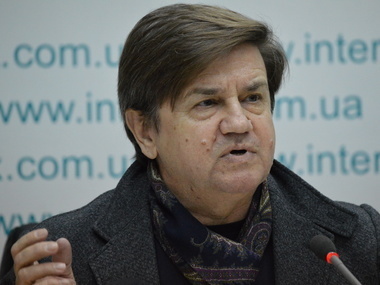 Karasev: If the diplomacy is defeated, the EU can be dismissed as a key political player
Photo: novostimira.com.ua

EU does not want a full-scale war between Russia and Ukraine, because the results can lead to profound destabilization in Eastern Europe, believes the analyst Vadim Karasev.

Europe does not give weapons, because a military solution to the conflict will be a geopolitical defeat of the EU, said in a comment to "Gordon" the political analyst Vadim Karasev.

" does not give us weapons for two reasons. Firstly, if the rate will be made on a military solution to the conflict, it will be a major geopolitical defeat of . Because it would mean that the European Union diplomatic machine has failed, that European diplomacy could not contribute to political resolution of the conflict. That means that as an international player useless "- he said.

According to Karasev, has only a diplomatic rather than military resource.

"Since does not have its own military resources, it has only diplomatic resource. Much vaunted diplomatic resource capable of peacekeeping miracles, for many years has been a key brand of the European Union as a geopolitical player. And if diplomacy fails in the Donbass, so the European Union suffers its geopolitical defeat, and then it can be dismissed as a key political player. Then the will be directly connected to the problem. remains on the sidelines. This is why European policies rely on diplomacy and now they are frightened realizing that after diplomatic defeat the real possibility of involvement in the conflict of the appears with the corresponding rates for a peaceful solution, "- he said.

The political scientist believes that Europe is struggling to avoid a real war between and .

"The second reason is that Europe wants to avoid any risk of full-scale war on the borders of "distant ". Europe does not want to risk a full-scale war between Russia and Ukraine, since the results of this war may vary up to a depth of destabilization in eastern Europe, not only in eastern Ukraine with all the ensuing humanitarian disasters and refugees. The logic of war is unpredictable and can lead out to the peace as well as to the long bloody exhausting war on the Syrian scenario. wants to get away from it "- Karasev summed up.