Kashin: The probability that Katerina Tikhonova is not Putin’s daughter is one in a million 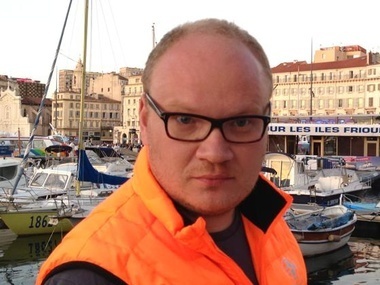 The Russian journalist Oleg Kashin has no doubt that it is Russian President Vladimir Putin’s daughter who is hiding under the pseudonym of Katerina Tikhonova. In the interview to the GORDON , he said why he came to such a conclusion and why he thinks that Putin’s second daughter Maria also lives and works in Russia.

On January 29, the Russian journalist Oleg Kashin published an article "She" on his website; he claims that the 28-year-old employee of the Innopraktika company and member of the Confederation of Acrobatic Rock-n-roll Katerina Tikhonova can be a daughter of the Russian President Vladimir Putin.

According to Kashin, an RBC (a Russian media group) investigation on the expansion of the Moscow State University (MSU) helped him to come to such a conclusion. One of the members of the University Board was the Director of the MSU Centre of National Intellectual Reserve Tikhonova. She is also Director of the National Intellectual Development Foundation and one of the directors of the Innopraktika company that is charged with the implementation of a major investment project – construction of a new MSU-based Silicon Valley. The journalist is convinced that a person with no name and no connections cannot be entrusted such huge money – the construction project of the MSU scientific and technological valley is estimated at $1.7 billion.

Analyzing the information on the Internet, Cashin found that this very Katerina Vladimirovna Tikhonova is Vice-President of the Confederation of Acrobatic Rock-n-roll and participated in numerous competitions. The journalist also recalled that Putin's mother-in-law's name was Ekaterina  Tikhonovna and the younger daughter was named after her grandmother. When Cashin saw information on the MSU web-site that a group of Russian acrobatic rock-n-roll dancers were going to Korea, he came to a conclusion that the three Katerinas (Putina, Tikhonova-dancer and Tikhonova-scientist) were one and the same person.

– Oleg, why did you decide that the Director of the Innopraktika company that is in charge for the creation of a scientific and technological valley at Moscow State University (MSU) is Putin’s daughter?

– I am not the only one who knows about it. Moscow is not the largest city in the world. There are many stories that everyone knows about, but do not dare speak or write publicly for some reasons. The story about Putin’s daughter Katerina is one of those that everyone knows about but waits for someone else to let the cat out of the bag or to say it publicly. It is rather widely discussed in Moscow that the MSU Silicon Valley is developing and that it is directed by Putin's daughter.

– Why did you decide to speak out what others keep concealing?

– I would also not dare say it publicly but for the RBC investigation about "Innopraktika" and but for quite a large amount of information from the open sources of the Confederation of Acrobatic Rock-n-roll and the MSU Centre itself. It is clear that there are a lot of rumours, but one can find out even more if one wants. The main thing is to know what to look for and where. It is not hard to find then. Rollers and dancing are the first Google link for the query "Katerina Tikhonova." There are her photographs on the MSU web-site. Obviously, it is the same person who dances and works at MSU. Names and dates of birth are the same, too.

– You make a conclusion that Katerina Putina took the pseudonym Tikhonova because it is connected with her grandmother...

– This is my version. Putin’s mother-in-law lived in Kaliningrad 15 years ago. The local press wrote much about it. Then it was allowed to write about such things. In 2004, Putin took his mother-in-law to Moscow. Since then, nothing has been heard about her. An established fact is that the mother-in-law’s name is Ekaterina Tikhonovna Shkrebneva. I think that the pseudonym Katerina Tikhonova was taken by Putin’s daughter as a tribute to her grandmother.

– How sure are you about your version? Several Putin’s daughters have been found, but they were not real...

– There is always a chance of an error. But in this case it is extremely small. There is one chance in a million that it is not Putin's daughter. It is impossible to create such a large system of interconnected facts, all of which would turn out to be wrong.

– You make conclusions based on the analysis of information and rumours. Did not you try to find photo evidence, perhaps, from among old family photos of the Putins?

– There are a few photos where Putin’s daughters are small. Experts can study them to confirm whether this is one and the same person or not. There is also a photo where the daughters are about 20 years old. They stand their back to the photographer. It is not possible to prove anything with these photographs. 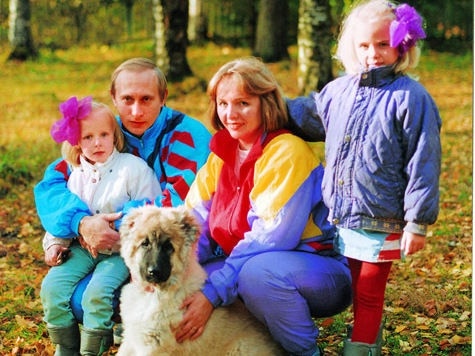 Putin with his wife and little daughters Photo: resfed.com

– First persons of the country do not usually hide their relatives behind pseudonyms. And here we find a spy story with changing names and rumours about his daughters living abroad... Why does Putin need this masquerade?

– I believe the rumour that Putin had to appoint her to direct this project. He had no people whom he could entrust such huge money ($1.7 billion. – GORDON) allocated for ambiguous purposes. How can he prove that the money is invested effectively? There is no way to do that. So he chose his daughter. It is the only person he trusts. 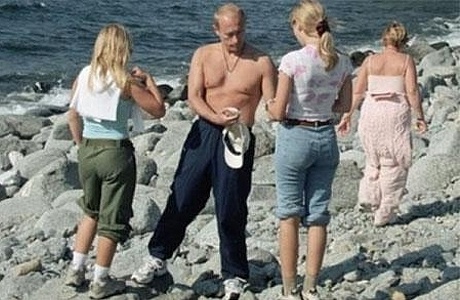 Maria and Ekaterina at the age of around 20 Photo: fb.ru

The masquerade is explained by Putin’s long-standing manic habit to hide his daughters’ faces. He has had a morbid reaction to any mentioning of his personal life from the very beginning of his career. We can recall the story of the closure of the Moscow Correspondent newspaper in 2007 after it wrote about the Russian president’s personal life. He believes that this is a sphere that does not concern anybody. Of course, it should not be so. Public figures in the whole world sacrifice some of their privacy. But under such circumstances as we have in Russia, where everything is under Putin’s control, he can afford to hide his family life and relatives. 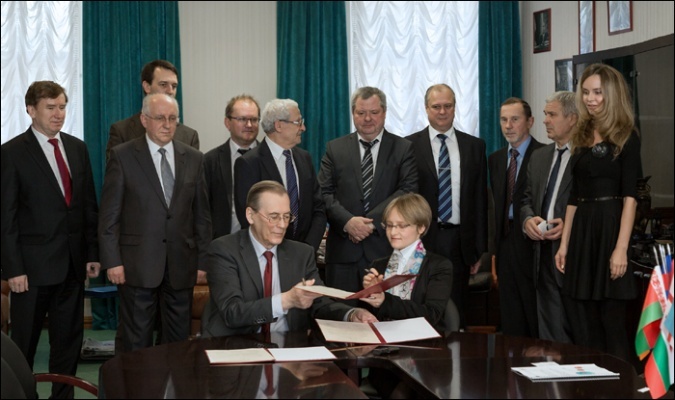 – What kind of reaction do you expect from Putin and his representatives?

– Peskov has already stated his position (press-secretary Dmitry Peskov said that he does not know anything about the family relationships between Putin and Tikhonova and that "many girls have been passed for the president’s daughters before" – GORDON). I do not think there will be any other reaction.

– Do not you fear for your security?

– In modern Russia, any statement on any subject increases the risk to personal security.

– Where do you think is Putin’s second daughter Maria? Does she stay abroad or does she hide under a made-up name in Moscow?

– Judging by the story with Katerina, one can draw a conclusion that Maria is also somewhere in Russia. Katerina has been spoken very much about, people said that her husband is a Korean and many other things. As you can see, she is in Moscow. I think that the situation is similar with Maria. The story about her living in Holland has been invented to divert attention away from where she really is. Sooner or later, we will accidentally find her in Russia. 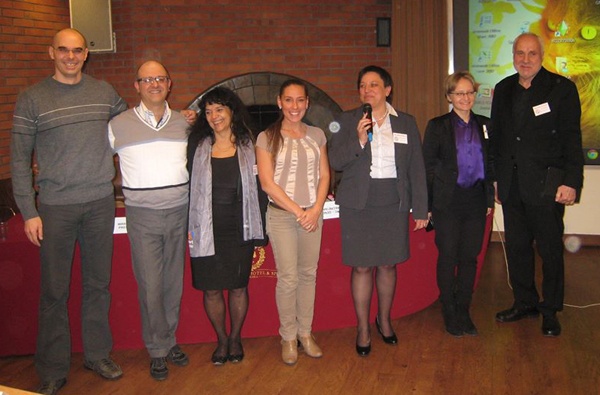 Tikhonova (second from the right) at the meeting of the Confederation of Rock-n-roll Photo: rusfarr.com

– Putin’s first wife Lyudmila has not been seen recently. Do you think that she will return to public life after the divorce?

– The divorce was announced last year. Putin is officially single now. Nobody knows whether he has registered his relationships with Kabaeva. Putin’s first wife was a public figure, she was engaged in protecting of the Russian language and fighting against drugs. It was a long time ago. She is leading a reserved life now, and I do not think that it is her wish. I think that it is his initiative, and, most likely, Lyudmila will not return to the public.