Kasyanov: Everything will be good with the Ukrainian army if only we dissolve the Ministry of Defense 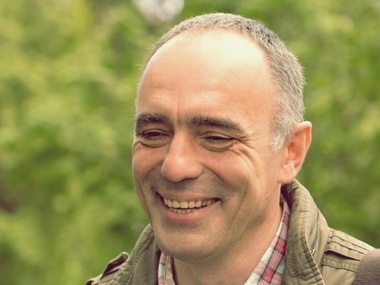 The volunteer and organizer of SOS Army initiative Yury Kasyanov considers that the Ministry of Defense deserves a “two” out of five for its work on the preparation of army for the winter.

The head of SOS Army volunteer project Yury Kasyanov considers that preparation of the Ukrainian army for winter largely depends on local command. He stated this it in his comment to the GORDON.

"If we speak about the performance of the Ministry of Defense, its readiness gets a "two" on a five-point scale. And if we speak about the readiness of people who are on the front line in general, they get a "three". People warm themselves, we volunteers help them both with moveable stoves, warm materials, tents, clothes. Therefore, everything will be good if only we dissolve the Ministry of Defense," Kasyanov noted.

According to the volunteer, it is officials from the Ministry of Defense who are to blame for the miserable condition of the army.

"Most people there should simply be shot for criminal mistakes they have been making for all these years, destroying our Armed Forces, for treachery they have committed against our Armed Forces and against our state for the last months when there was an aggressive war of the Russian Federation against Ukraine," Kasyanov considers.

"I think that Stepan Timofeyevich Poltorak can cope with it, but I am an engaged person. I know him personally. I think that he will cope with it, but it is necessary to shoot the majority of the Ministry of Defense, or rather fire the majority and shoot the rest so that they could not cling to the position. Though the Ministry of Defense is rather a managing body. We need to shoot every second person from the General Staff every day because they are to blame for the tragedies that have happened at the front recently," the volunteer noted.