Kazansky: DNR and LNR are a racketeer’s iron that Russia put to our belly

According to the Donetsk blogger and journalist Denis Kazansky, LNR and DNR are simply mechanisms of Russia’s influence on the situation in Ukraine. 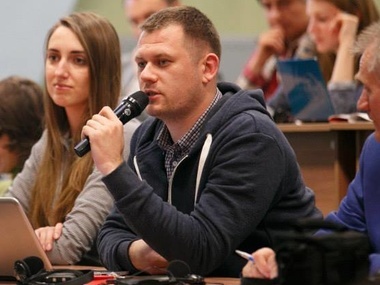 The DNR leader Alexander Zakharchenko says only what he is dictated from Moscow that he completely depends on. The Donetsk blogger Denis Kazansky stated it in the comment to the GORDON .

"Zakharchenko’s statement today is certainly blackmail. All these attacks cannot be a success without Russia, its weapons and people. Zakharchenko is an absolutely dependent figure. He says only what he is dictated. He cannot organize any attacks without Moscow’s help," Kazansky believes.

"Russia simply harasses Ukraine and makes it sign a truce on conditions that are advantageous for Moscow. DNR and LNR along with their leaders are nothing but instruments of torture. It is a kind of iron that racketeers put to the belly. They use this iron in order to make us sign the necessary documents so that we would refuse from European integration and get stuck in the obscure non-allied status," the blogger noted.

"They will try to seize some other settlements so that Ukraine would ask for a truce, the West would sit down at the negotiating table, and the West would be fed up with all this mess. It is a war of exhaustion. If the real objective was to seize Donetsk region or the whole southeast of Ukraine, they would have done it long ago. They could have done it after Ilovaisk when the Ukrainian army retreated panic-stricken. Nobody does it. And the situation aggravates or calms down at times. It is all a game of cat-and-mouse and torture with uncertainty. It is how security officers made spies talk and tried to suppress their will. I think that Putin with his experience uses this very tactics but applies it to the whole country," Denis Kazansky considers.