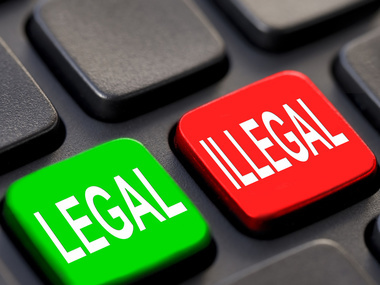 Eugeny Kuzmenko: We can understand Putin and Lukashenko, for them the internet is the instrument of the CIA
Photo: rufabula.com

"The black spot" from Roskomnadzor for the news about the meeting in support of Navalny brothers is a quality mark and acknowledgement of influence, considers the columnist of the GORDON Eugeny Kuzmenko.

Let's dot the i’s right away: I perfectly understand Roskomnadzor that threatened the Ukrainian GORDON edition to block the access to the site in the territory of Russia.

Look, if these Ukrainians wrote about Baskov’s new limousine, the beaten wife of the actor Basharov or Dmytro Medvedev’s new iPhone – they are welcome! Everybody knows that the freedom of speech in Russia is inviolable and is protected as strictly as the fur coat warehouse in the country house of the Head of the Russian Railway Yakunin.

But they publish news about an action in support of Navalny brothers – it is too much! They lack words to describe the abyss of moral degradation and lapse where the editorial board of the GORDON site and personally the editor-in-chief Alesia Batsman fell down!

(By the way, is not Alexander Gordon working at the Russian First channel a relative to the Ukrainian Dmitry Gordon? He seems to be loyal, and even too loyal, but is not there an evil intention behind it? It was not by chance that V. V. Putin noted in a recent congratulation to the state security officers that foreign intelligence services intensified their activities in the country! Maybe, Alexander Gordon is a foreign spy, too?).

Some Banderist information chasteners publish news about Navalny, and people in Russia read all this!

Well, it is offensive: the editorial staff of Lenta.ru has been driven out of the edition; Grani.ru, Daily Journal and some other oppositional Internet groups are persecuted; the previously principled Echo of Moscow publish news about the cat who broke into the window of a provincial shop; the whole Facebook is searched all day long against actions in support of Navalny brothers. Generally, everything goes according to the plan of the Master of Cranes and the Supreme Persecutor of Piglets in taiga. And here some Banderist information chasteners publish news about Navalny, and the people in Russia read all this!

Eh, it is a pity that Vladimir Vladimirovich did not seize Kiev in two weeks as he promised to the Euro-sucker Barroso not so long ago. He could have introduced there such freedom of speech there no one would even utter a word!

By the way, Lukashenko has already drawn the final conclusion: with one hand he agrees with Poroshenko about broadcasting in Belarus, and with the other hand he disconnects still active oppositional sites from their domains. He will deal with social networks soon: why are they pouring dirt on the national president!

Honestly speaking, one can understand Putin and Lukashenko: the Internet is a priori an ominous invention of the CIA for them. And if it is impossible to put all users in prison, it is of vital importance to disconnect them from information channels! They may read about the hunt for bullfinches, about the crucified boys, about Baskov's limousine after all – they will sleep better!

Vladimir Vladimirovich and Alexander Grigoryevich can see a sad and instructive example: Victor Fedorovich did not manage to break the resistance of the Censor.NET site during Euromaidan; he did not dare disconnect other Internet sources of news and opinions – and where is Victor Fedorovich now? Always tipsy, jumping on the stumps in Moscow region...

Meanwhile, Navalny the senior delivers such a speech about corruption in Putin's Russia during the process that the public involuntarily asks a question: who is the accused and who is the accuser?

Both dictators receive folders with the statistics: every minute 150 to 200 people chose "I will come" for the action in support of Navalny brothers on the Facebook!

It was until the group was closed by competent authorities. But new groups began to appear immediately...

Both dictators understand: if they give in, these ungrateful people will gather to bring down the hateful regime "chosen by the God”. As it happened over the last five years in Egypt, Tunisia, Turkey, and Ukraine...

Fellow citizens in Belarus and Kazakhstan are force-fed with the Internet propaganda. Or it is used to set people against the dictatorial arbitrariness

And the main animator of these revolutions will be the evil Internet.

There is much irony in it: any society highlights its special features in the Net.

In France, Singapore or the USA, the Internet is used to communicate with each other, to study via Skype, to order goods or to explore new "tasty" cafes.

Meanwhile, fellow citizens in Russia and Belarus are force-fed with the Internet propaganda. Or it is used to set people against the dictatorial arbitrariness. First of all, through the social networks. And if a competent edition publishes such news...

Generally, the GORDON may be proud: the black spot from the Roskomnadzor is a special sign of attention. A peculiar quality mark and acknowledgement of influence.

They appreciated the chasteners at their true value!