Levko Lukyanenko: If we see Putin in everything, it is possible to assume that Maidan was also organized by Moscow 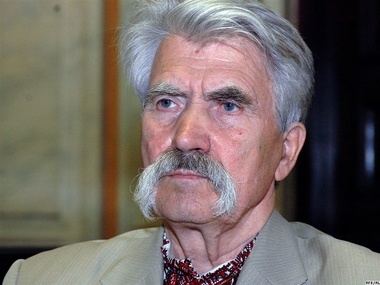 National actions are necessary for the power not to calm down, considers the Hero of Ukraine, a dissident and a politician Levko Lukyanenko.

Ukraine lives in such conditions when behind any action it is possible to suspect the Russian president Vladimir Putin, Levko Lukyanenko told in the comment to "GORDON".

"Of course, our society is penetrated by the Russian secret-service network, but the protests are held because of the public reasons. If we see Putin  in everything, it is possible to assume that Maidan was also organized by Moscow. And that is not true – the people went for revolution to put away the old power", – he told.

Lukyanenko considers most of Ukrainians as politically active people, many of those belong to parties that shares their ideas and beliefs. "The part of such people goes to the East, to struggle with invaders, others fight for justice within the country. When these people see that the authorities do not do that they have to, such people are ready to react. But this part of the population is generally kind, positive and active", – he considers.

However the politician cannot tell that he completely supports those who comes to protest actions. "Society has a difficult structure. It seems to them that everything has to arise at once, but it is impossible. It would be more correct to see and support the movements which we now see being held in the Verkhovna Rada. Deputies adopted very important laws – about fight against corruption, about prosecutor's office, they have to change Ukraine", – Lukyanenko reported.