Lymar: New Rada will not exist for long, but it will complete the collapse of the old system that began on Maidan 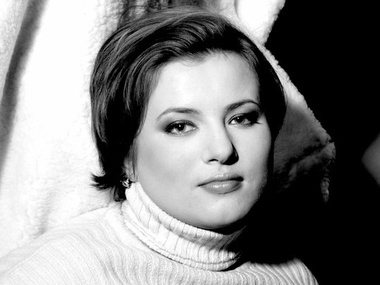 The editor-in-chief of the Glavkom edition Yulia Lymar considers that the new parliament will not exist more than one and a half and will be forced to leave under the pressure of the public that will demand real changes in the life of the country.

The honored journalist of Ukraine and the editor-in-chief of Glavkom Yulia Lymar considers that  there a pro-presidential coalition will be formed in the new parliament, however, it will not exist for long and will collapse at the beginning of the next year. She said about it to the GORDON.

"The question of the future of the new parliament should be divided into two components – momentary and strategic. In the momentary plane, there will be a majority based on the Block of Petro Poroshenko and majority candidates. It will last for about three months – to approve the government and to adopt a new budget. Right after the winter vacation, different groups will be formed in this majority that will be engaged in usual political corruption," Lymar considers.

"However, there will also be many people with radical views on the Ukrainian future in the new parliament. I mean military commanders and those few honest politicians who will manage to get there. I think that the remainder of The Oppositional Block and Tigipko’s Strong Ukraine will be able to get there, too. Apparently, we can expect many scandals, and the new parliament will last for a year and a half at most," the journalist notes.

According to Yulia Lymar, the Verkhovna Rada of the eighth convocation will become the final stage in the course of the collapse of the old post-Soviet state system that started on Maidan.

"It will be this Rada that will put an end to the collapse of the system that started on Maidan from the strategic point of view. It is obvious even now that there is a conflict between society and state system that has not been reformed in any way by the new government, but will be destroyed anyway. Politicians did not understand that they will not manage to live half-way, to lie here and there and to steal here and there," Lymar considers.

"I would not like to say that the end of the new parliament will take place according to the Armenian scenario (in 1999, a group of armed people shot deputies of the Armenian parliament right in the conference hall. – GORDON), but it seems to me that the new elections will be appointed under the pressure of the nation. Anyway, it is very good that Ukraine has embarked on the way of such changes and the post-soviet system will perish," the journalist emphasized.