Mayor of Rava-Rus’ka Vereschuk: People get 949 UAH of pension, 300 hryvnas they pay for utility bills. And they still have to pay property taxes? 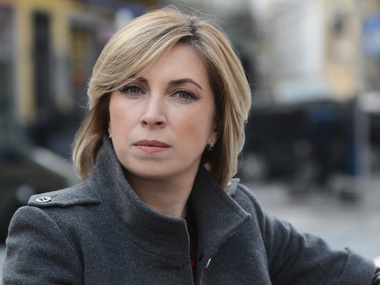 Mayor of Rava-Rus’ka (regional center in Lviv region) Irina Vereschuk believes that tax revenues will not increase because enterprises do not work, explains why people will not pay a new tax on real estate and utility bills, and predicts the wave of social protests in Ukraine in the spring.

The mayor of the small border town of Rava-Rus’ka in Lviv region Irina Vereschuk in the commentary to "Gordon" explained why government tax innovations will harm the most vulnerable segments of the population.

Our level of utility payments became 40% despite the fact that we have not raised the rates twice.

Legislation has determined that the apartments are taxed, and local councils will become enemies for their constituents. 60 square meters for the apartments and 120 – for the houses. I will immediately say: there mostly private households in Rava-Rus’ka, 95% of which have more than 120 square meters. It does not mean that here only oligarchs live. Typical houses were built during the Soviet time, we call them houses-schools. Typical double-decker buildings.

The pensioner just came out of my office.  She said that they can not afford to pay 9 hryvnas per trash, because they live alone and can not pay so much. How can I get her to pay? She is retired. There's one, there's a second, the fifth in a family – everyone will find an excuse. It will be just a collapse! People will refuse to pay. Our level of utility payments became 40% despite the fact that we have not raised the rates twice. I predict a mass refusal to pay utility bills, where it is possible. I also predict a mass non-payment of the new property tax, because people will simply cease to register property on them. Lots of people haven’t done the paperwork for the apartments, and they will not do them, they will have no right of ownership, and I can not bring them to justice.

There laid the tax on diesel and gasoline engines in the amendments to the Tax Code. If the diesel engine is more than 2.5 liters and gasoline one is more than 3, then you have to pay. Most of our people have older machines, imported from Poland. Old 124th "Mercedes" cars have more than 3 liters. And who will pay this tax?

Treating plant works two days, they switched to the 0.25 rate. What kind of profit can there be? Taxes only fall

Tax on profits of enterprises is minimal because no company in 2015 can show a profit a priori, they do not have it. Our state-owned enterprises operate two days a week. Treating plant works two days, they switched to the 0.25 rate. What kind of profit can there be? Taxes only fall. Filling the budget will be minimal, and the rise of food prices and everything else – high. Implicit inflation at 18% - this is ridiculous. Inflation has already exceeded 100%.

Commercial Real Estate in Rava-Rus’ka, and commercial real estate in Kiev are completely different. But now we need to pay them the same way. In our town the grocery store will visit maximum a hundred people per day. And in Kiev there are hundreds and thousands. But they will pay the same tax. Then we have to close the enterprises and sores.

We asked to leave the personal income tax in the workplace of people. But our distillery pays to Kiev treating plant pays to Kiev. We can do nothing. We have 60% of the land market in the shade. Entrepreneurs do not want to pay the rent. We asked tax administration not to accept reports from them, as they do not register the land. Do they hang in the air? And the same is over the years. They worked in the shadows and they will continue work the same way.

There are a lot of families where the members or participants of the ATO or Afghans or Chernobyl – they all have benefits and it will be impossible to distinguish them, especially in small towns, where people know each other. Even if there is an objective reason why they should give a zero rate of tax, people will not understand. One people just came to me and said: "I pay 9 UAH, and three of my neighbors at working age pay 1 UAH."

The pressure on the oligarchs and ordinary citizens incomparable. Pension is 949 UAH in our small town, and utility bill are – 300. And now they want property taxes? In this case, all the responsibility will lay on the shoulders of local councils. It would have caused a wave of indignation during normal times, but now people just will not pay. So what, the tax administration will throw out someone from their houses?

All this will lead to social and hunger riots in the spring. In March mass protests will begin!

For example, they have taken and taxed 10% of special pensions. People get 200 000 UAH. Remove these terrible costs of pensions and put the threshold – the pension is not more than 10 000. The chief engineer of "Lvivoblgaz" receives 200 000 UAH salary. How can deeply subsidized "Naftogaz" have the salary of 200 000? Put a limit on wages. We hear that Yatsenyuk buys one winter tire for his car for 42 000 UAH. It’s a whole day of life of our town! And we have arrears of wages of 18000 UAH that we can not pay.

They cut the benefits. In our city, for example, there is a sanatorium group in the kindergarden which we are required to close. But we do not close it just because the children eat there. Parents give them there, just so they can eat. They have nothing to eat at home!

I do not know what to do! 22 million of Ukrainians live in small towns and villages. All this will lead to social and hunger riots in the spring. In March mass protests will begin! 12,000 subsidized budgets hanging on the state budget. And they do not have any stimulus not to be subsidize, because there is no law. As soon as you earn two pennies more the state will pick them up at once. Everyone sits and looks, but there is nowhere to look at. It is a vicious circle.