Military expert Badrak: The Donetsk airport became a psychological factor for the Russians who wanted to earn money in the war

The Director of the Research Center of Army, Conversion and Disarmament Valentin Badrak considers that peace in Donbass is possible if the Ukrainian army keeps building up military potential. 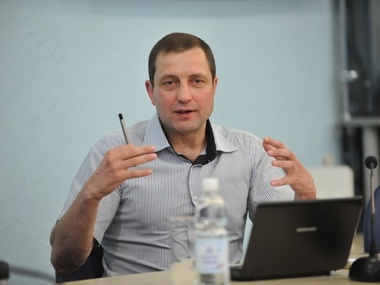 Badrak believes that the Donetsk airport has become a symbol of Ukrainian resistance
Photo: gazeta-ptk.org.ua

Fights for the Donetsk airport symbolize opposition of the Ukrainian army against the military machinery of the Russian Federation, the military expert and journalist Valentin Badrak believes. He stated it in his comment to the GORDON .

"Today, the airport is a psychological factor: firstly, the factor of revival of the Ukrainian army; secondly, a factor of a very serious impact on the part of the Russian society who is not used to thinking and who believes Putin’s propaganda, but can also believe concrete facts. This is powerful resistance to the elite Russian troops or their representatives, Chechen mercenaries. All this stacks up and becomes a very strong factor for those Russian citizens who still doubt whether it is worth trying to earn money by fighting against Ukrainians," the expert noted.

"Of course, one should not overestimate significance of the airport as a strategic object. Yes, it is a important object, but it is not the matter of holding the airport as a strategic object, but it is the matter of making our symbol shine. It is a symbol of victory. For some reason, the book "The Seventh Cross" occurred to me where six prisoners escaped a concentration camp; they were caught and crucified, and the seventh cross was vacant, and this vacant cross gave hope to prisoners that they could run and reach their aims. Here, it is a very strong symbol of the Ukrainian victory," Valentin Badrak added.

According to the expert, the Ukrainian army needs to increase military potential to ensure a real truce.

"If we show that the army becomes a deterrence factor, if we increase our military potential, it will inevitably result in peace. On the contrary, if there is too much diplomacy and political games, certainly, Putin will always take the chance to attack. In this case, I can say, the Kremlin is ready to unleash war at any time, but there are still issues of collective training so there are drills with new types of arms that are thrown there," Badrak noted.

"Therefore, we have some time, but the Ukrainian military and political leaders must use this time to build up defense forces. The weapon of negotiation can be used only against the background of growing defense potential. There can be no separate diplomatic geniuses. Everything is clear: if there is a strong army – Putin will be ready for serious negotiations, if there is no strong army – Putin will proceed," the expert added.