Mochanov: Nobody has explained what the Donetsk airport means from the military point of view. There is burnt land there

According to the public activist and volunteer Alexey Mochanov, fight for the Donetsk airport entered the stage of principled opposition. 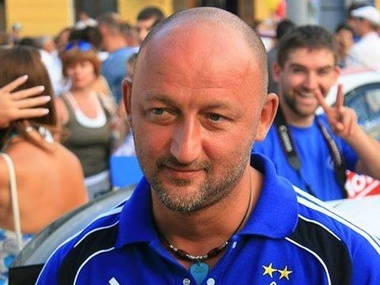 Mochanov does not understand why the airport should be held
Photo: Vasyl Dovbush / Rallyonline.com.ua

There is no uniform position as for why the defense of the Donetsk airport proceeds, but many of its defenders are sure that it is a matter of principled opposition. The activist and volunteer Alexey Mochanov said about it in his comment to the GORDON .

"There are different opinions on why the Donetsk airport should be held. Someone mentions 15 km of the demarcation zone under the Minsk accords, someone speaks about the runway that can be restored. But I do not believe it because the runway is damaged with every possible kind of weapon. It seems to me that it is already a matter of principle and diamond cut diamond here. And all real principles are worth lives. Therefore, my opinion and opinion of the guys from there is that they made a dead set and were told to hold the positions. And a matter of principle for the other party is to seize it. It is already real Brest fortress for all of us," Mochanov considers.

"I was there, but nobody explained either to me or to the guys there what this place of arms means from the military point of view. There is burnt land there. Everybody expects the Supreme Commander to say something about it, and he does not say anything so far," the activist added.

Alexey Mochanov noted that the Ukrainian military personnel found themselves in morally difficult conditions in the situation with the airport when they had to undergo checks at the terrorists’ checkpoints, however, there is no such practice now.

"The first moral defeat was when guys had to go through the separatists’ checkpoints, and the bandits searched guys and let them go like convicts for work in jail. But now the situation has leveled and the cost is out of the question. Some want to seize it at any cost, others do not want to cede it at any cost," Mochanov noted.

"It is not clear why the other party needs the airport because there is no artillery in the terminal which could fire Donetsk suburbs," he added.