Mostovaya: I think that Doroshenko, Yushchenko’s godfather, is now kicking himself for not getting a ministerial post like Stets has got 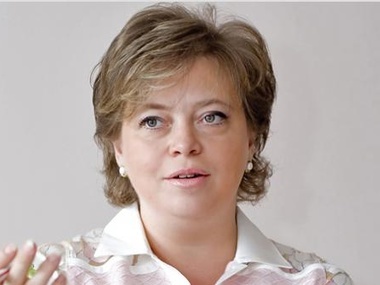 Establishment of the Ministry of Information of Ukraine can be justified in a belligerent country if the country conducts real military operations, the editor-in-chief of Zerkalo Nedeli (Weekly Mirror) newspaper Yuliya Mostovaya stated in an exclusive interview to the GORDON .

The editor-in-chief of Zerkalo Nedeli weekly and Ukrainian journalist Yuliya Mostovaya dwelt on the creation of the Ministry of Information of Ukraine, why it is necessary and whether censorship in mass media is possible.

It is awkward to say that the war is becoming a nutrient medium for another manipulation. The creation of the Ministry of Information Policy in a belligerent country can be justified if only it is really at war. If the country leaders mobilize it for real war rather than for electoral or clan wars.

Existence of such a body could be justified if the country was headed by a leader whose priority would be protection of the state; even in this case I am not sure that a status of the ministry would be required for this purpose.

It is clear that we have not had information policy for all this time – integral, thought-out, clever, serious policy from the point of view of what is happening in the east of Ukraine. But establishment of the ministry will not be able to resolve these issues, especially with such a leader. I think that Mikhail Doroshenko, Yushchenko’s friend and godfather, is kicking himself for not getting a ministerial post like Stets has got.

Meanwhile, it looks like a template aimed to correct annoying, in Piotr Alekseevich’s opinion, mistakes made by his team during elections when he expected majority in the parliament, but everything turned out otherwise. Perhaps, he considers that it was because of poor public relations strategy.

In principle, censorship can exist without the ministry. It existed both at the time of Yanukovych and during the recent elections

There is no point in speaking about whether the ministry will become a censorship tool, because it does not even have a statute. And censorship can exist without the ministry. We had it at the time of Yanukovych and even during the recent elections when the major TV channels were not covering what was going on in the executive power and did not expose any corruption schemes. They did not highlight decisions made by the government with obvious lobbying of someone's interests – from the Ministries of Health, Defence, and Infrastructure to the National Bank.

All this is regulated in much simpler ways than by creation of some bodies in our country.