Malomuzh: Poltorak showed himself to advantage in the National Guard, but the position of the Minister of Defense is not quite his level 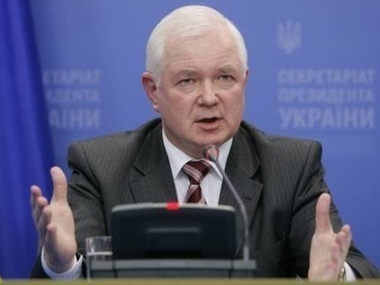 Stepan Poltorak has no skills related to the development strategy of armed forces, to ensuring defense, safety, up-to-date defense concept, new types and categories of armed forces, and modern weapons, the former head of the Service of Foreign Intelligence of Ukraine, General Nikolay Malomuzh considers.

In spite of the fact that Stepan Poltorak is a professional in general, he may lack skills for the positions of the Minister of Defense. This point of view was expressed in the comment for "GORDON" by the former head of the Service of Foreign Intelligence of Ukraine, General Nikolay Malomuzh.

‘Poltorak has been executing the functions due to him, I cannot say that he was outstanding at it, but he executed them as he could. The National Guard was effective, but there were no systemic changes, internal troops were simply renamed into the National Guard. There were attempts to make systemic changes. Were they successful or not? I think he managed to do it halfway,’ the expert said.

However, Malomuzh considers that Poltorak had militia and security missions that were not related to the strategy of armed forces developments, ensuring defense, safety, up-to-date concept, new types and categories of armed forces, and modern weapons.

‘It is quite a different field of activity. Therefore, it is impossible to tell right away that he will enter this field as a competent expert, which is necessary now. I think that he still lacks skills and experience,’ the general declared.

In his opinion, in spite of the fact that Poltorak was in the zone of military operations, he mainly carried out tactical tasks that were resolved by the chief of staff.

‘And he will have to deal with strategic questions and state policy in the sphere of defense and security, structuring of armed forces and a new army in the Ministry of Defense. And the new Minister of Defense lacks these very professional qualities. I would nevertheless proceed from the concept of involvement of military professionals in this sphere who would really perform these extremely important strategic tasks,’ Malomuzh said.