Ohryzko: Putin may make concessions in Milan, because the sanctions are making catastrophic effect on the Russian economy 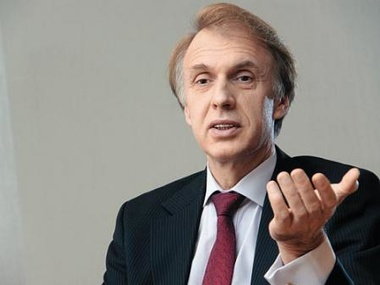 Former Minister of Foreign Affairs Volodymyr Ohryzko believes that difficult situation in the economy can make the president of Russia more compliant, but we still shouldn't trust any protocols signed by Putin.

Famous Ukrainian diplomat and former Minister of Foreign Affairs Volodymyr Ohryzko commented to edition "GORDON" that during the negotiations in Milan, the Russian president can make concessions, but we cannot hope he will submit his obligations.

"If we were talking about a civilized country, we could expect some serious results. Formally, they can be achieved. One can forsee that Putin got the feeling that, as was once said," The bony hand of hunger shrinks around Soviet Russia "now it also shrinks around Putin's Russia. He will make some concessions since the sanctions are really starting to effect dramatically, and for the Russian economy and Putin really difficult days have come, "- said Ohryzko.

"If we imagine Putin saying:" Yes, we will negotiate, we will withdraw our troops, we will be peaceful, " we won't believe in his words and in documents he signed. Let's analyze what has been done and agreed in Geneva, Minsk, elsewhere. Russia signed the agreement and didn't carry out obligations. There is nothing more to discuss. This is the game Putin continues to pursue, because his goal has not changed. This is a pathology, but what can you do. We are dealing with a "pathological power of the Kremlin ", - the diplomat said.

According to Vladimir Ohryzko, such negotiations are necessary, however, we shouldn't hope they can bring real results.

"We need to carry on the negotiations at least to demonstrate the world that we are adequate, we can offer the right solutions and can carry them out unlike Russia. But no more than that. If they were the same there would be a success. As long as they behave in different way,  only naive politician can expect success "- Ohryzko said.

"In my opinion, we have to continue to deter Russia with West. This is the way out. We need to make Russia realize that the next week will be worse than the previous one. Now the expected capital outflow of Russia has grown from 100 to 150 billion dollars. If the ruble falls, if the oil is at its historic low – it's a very close call for Russia. It is a sign that the economical situation will become simply irreversible "- the diplomat added.