Ogryzko: The Minsk negotiations will not give any results. It is necessary to speak not with bandits, but with Russia in the Geneva format 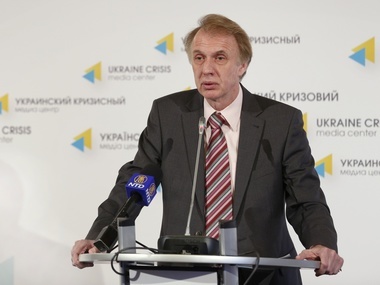 Ogryzko considers that the Minsk accords will not give anything
Photo: uacrisis.org

According to the ex-Minister of Foreign Affairs Vladimir Ogryzko, for settlement of a situation on Donbass the Geneva format of negotiations with the participation of Russia, the EU and the USA is optimum.

The negotiations with participation of representatives of separatists which took place yesterday in Minsk are favorable first of all to Russia which can decline all responsibility for the happening processes. This was declared by the Ukrainian diplomat, the ex-Minister of Foreign Affairs Vladimir Ogryzko in the comment to the GORDON.

"Moscow played the way it wanted, and we sat down on its hook and still are sitting. It now comments on nothing as if it doesn't exist at all. Yesterday Pushilin face came out and he already started to shout something, and Russia will hide in the bushes and to shout that "we did not stand here". This is the typical repetition of the Dnestr scenario which continuous more than 20 years",– Ogryzko considers.

"We don't have any political decision yet. Therefore we now also hear that we will continue, we will talk, we will postpone. They already made us to speak with bandits and Russia just sits silently. Russia reached the main result",– the diplomat noted.

According to Ogryzko, negotiations need to be held in the Geneva format, with involvement of representatives of the USA and the EU.

"The Minsk accords will not give anything. We need to speak not with bandits, but in the Geneva format (negotiations with participation of representatives of the EU, the USA and Russia.–"GORDON") with Russian authorities who direct, head and supply all that gangster gang in Donbass. The logic is as simple as a,b,c",– Ogryzko considers.