Ogryzko: Today's meeting of leaders of the EU with Putin — not the last act of a performance, therefore it is impossible to expect results from it 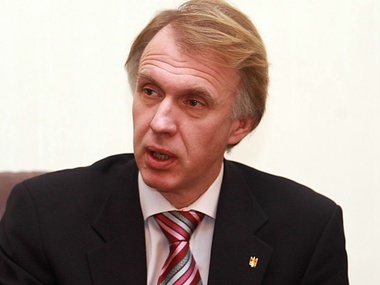 The negotiations in Moscow is just an overture, but not the last act, Ogryzko considers
Phooto: day.kiev.ua

The ex-Minister of Foreign Affairs Vladimir Ogryzko hopes that the Ukrainian authorities will not begin to change refusal of the accession to NATO in exchange for ceasefire.

The process of diplomatic settlement of a situation on Donbass can be spinned out therefore we shouldn't expect concrete results from the today's meeting of Vladimir Putin with heads of France and Germany. This opinion was expressed it in the comment to GORDON by the Ukrainian diplomat Vladimir Ogryzko.

"We now will witness a long-playing performance of multiple acts which began in yesterday and today will proceed in and , and then will continue somewhere. Today's meeting is obviously not the last act, but only an overture. Therefore it is impossible to expect from it any results"— Ogryzko considers.

"But I very much hope that those words which were written in the Figaro newspaper today won't come true. It is claimed that our authorities agreed to a non-bloc status in exchange for ceasefire. If it is so, this drama has a tragic final. The decision on this case should be made not by Poroshenko or Hollande, but by the Ukrainian people"— the diplomat noted.