Osovoy: The state budget will become misfortune for workers, teachers and pensioners 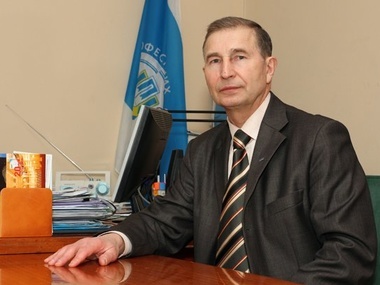 Business has to take the responsibility for the country and pay taxes, the leader of Federation of labor unions of Ukraine Grigory Osovoy declared.

The government left from social dialogue and did not discuss the draft of the state budget with labor unions and employers. This statement was declared by the leader of Federation of labor unions of Ukraine Grigory Osovoy in the comment to the  "GORDON"  .

"We know that they are making "the package of happiness". This happiness will become misfortune for workers, teachers and pensioners. Therefore we did not stand aside and came under walls of parliament today", – he told.

"There are owners and rather rich people in the country who could legalize their capitals, to extend something from the offshores. It is really hard for Ukraine but why all efforts are bent only on cutting down pensions and social payments?" – told Osova.

Osovoy declared that the state budget provides for the reduction of workers. "The increase in number of the unemployed involves the country into the collapse of need of increase in social payments to the same hundreds of thousands of unemployed", – he told.