Portnikov: Putin does not need either "Novorossiya" or the Crimea. He has one purpose – restoration of Russia within the borders of the whole USSR 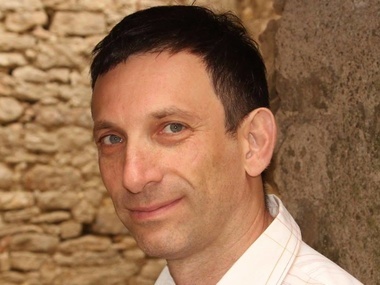 Putin's aggression in Ukraine is a false start. It was planned to liquidate the Ukrainian statehood after the creation of the Eurasian Union. Now the survival of the Russian political regime itself is in question, the journalist and publicist Vitaly Portnikov is convinced.

On October 11, the President of Russia Vladimir Putin ordered the Ministry of Defense of the Russian Federation to transfer military personnel who were involved in drills in the territory of the Southern military district (in Rostov region, near the Ukrainian border) back to their permanent dislocation. According to the Russian oppositional politician Boris Nemtsov, it means the actual conclusion of Putin’s Novorossiya project.

The Ukrainian journalist, publicist and TV presenter Vitaly Portnikov commented for the GORDON edition that the Novorossiya project had never existed, but there was a plan to restore the Russian Federation within the borders of the whole USSR. And this plan, according to the journalist, has been in realization since 1991 yet under the President Boris Yeltsin.

‘Unlike many Ukrainian social network users, I do not consider the Novorossiya project to be closed or open. Such a project has never existed in principle. The Russian President does not need either "Novorossiya" or the Crimea. Putin has the only one geopolitical purpose to restore the Russian Federation within the borders of the Soviet Union and to restore the sphere of influence in the Central and Eastern Europe. Ukraine, Belarus, Kazakhstan and other former USSR republics were supposed to become part of either the Russian Federation or a new state called the Eurasian Union. It is not even Putin’s plan – it is a plan of all the Russian government which was adopted in 1991 and was partially implemented in the form of the Commonwealth of Independent States. The CIS was supposed to become a prototype of the new united state with the capital in Moscow and the president Boris Yeltsin,’ Portnikov notes.

According to the journalist, when finally it became clear that Ukraine was heading for Europe, the Kremlin made a false start beginning from the actions of Russian agents on Maidan and annexation of the Crimea and finishing with the war in Donbass.

‘When it became clear that the plan of the involvement of all former republics to the sphere of political and economic influence of the Russian Federation failed, another plan was launched. In fact, Vladimir Putin's aggression in Ukraine is a false start. Actually, the Ukrainian statehood was supposed to be liquidated when we were to join the Eurasian Union. It nearly happened, but the Maidan of 2013 put signing of the Agreement on Association with the European Union back on the agenda. Then the Kremlin also began military actions where they could do it – in the Crimea and Donbass,’ Portnikov explains.