Sky. Plane. Putin. When and with whom did the Russian president have tea at the airports? 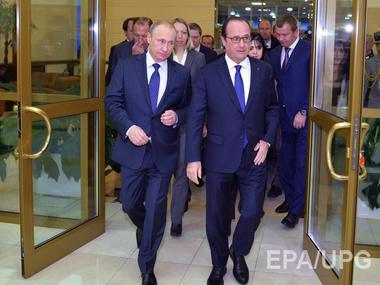 The unexpected meeting of the Russian President Vladimir Putin and the French President Francois Hollande at the Moscow airport and subsequent statement of the Russian leader regarding the necessity to restore the integrity of Ukraine suggest that the main arrangements between the presidents remained behind the scenes. According to one of the versions, Hollande assured Putin that he opposes the idea of Ukraine’s joining the NATO and asked to stop aggression of Russia in Ukraine in exchange. GORDON recalls when and with whom Vladimir Putin had express audiences in the airports.

At the height of the Orange Revolution 10 years ago, the then Ukrainian President Leonid Kuchma set off for Moscow to seek urgent advice from his Russian colleague. The pro-government candidate Viktor Yanukovich informally supported by Moscow officially won the presidential elections in Ukraine, but the Viktor Yushchenko’s supporters demanded re-vote having organized mass protests in Kiev and a few other cities. After the meeting, Kuchma and Putin declared in a brief statement for the journalists that re-vote was inadmissible. However, re-elections were held later and Yushchenko won them. 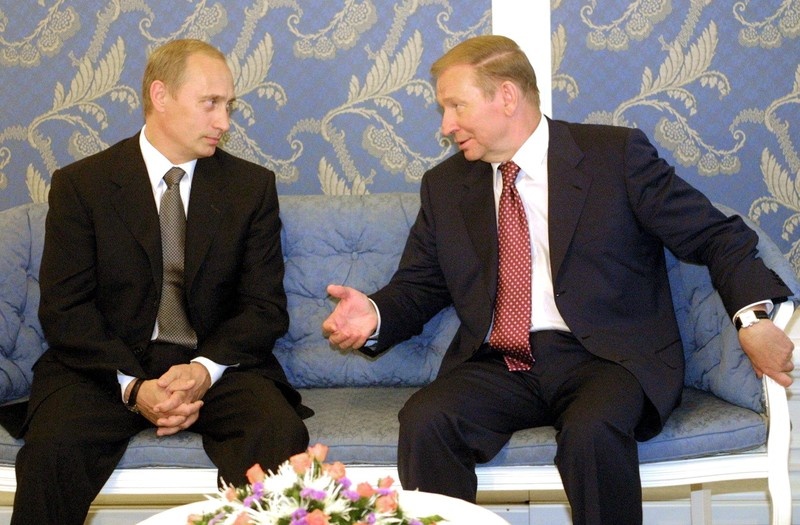 Meeting of Vladimir Putin and Leonid Kuchma in 2001. Unfortunately, there remained no quality photographs of the 2004 meeting of the presidents. Photo: ЕRА

On this day, the U.S. President George W. Bush with his wife Laura suddenly decided to stop for refuelling in Moscow on their way to Vietnam. Vladimir Putin with his ex-wife Lyudmila arrived at the government airport Vnukovo-2 to meet the U.S. first couple. Relation between the USA and Russia were rather warm at that time, and the meeting passed in a friendly atmosphere. The Putins saw the Bushes to the ramp. To all appearances, this meeting was initiated by Bush who wanted to assure Putin of the stability of his relations with Russia. 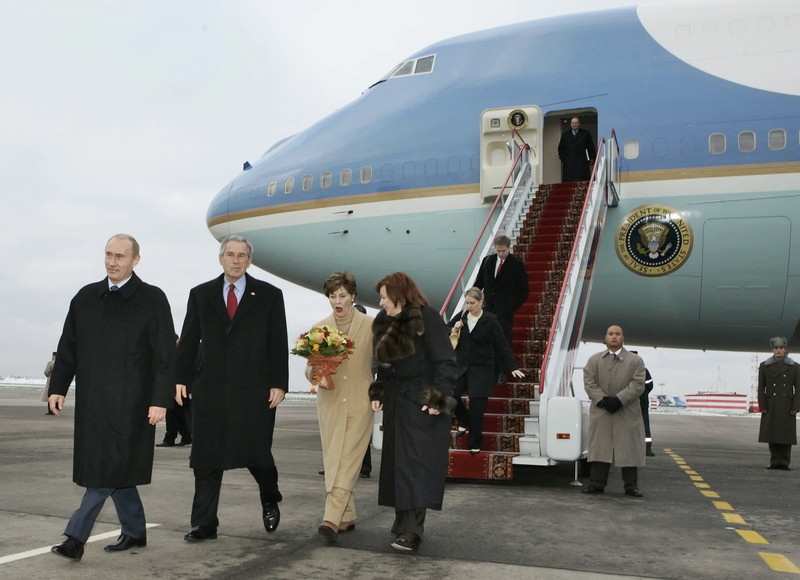 Relation between the USA and Russia were so warm in 2006 that the American President stopped for refuelling in Russia, and the Russian President with his ex-wife Lyudmila personally met him at the ramp. Photo: ЕRА

The meeting with the British Prime Minister David Cameron at the Paris Charles de Gaulle Airport on the occasion of the 70th anniversary of the Second Front in Normandy was not quite successful for Putin. The head of the British government refused to shake hands with the Russian President and declared that Moscow should stop interfering with Ukrainian affairs. 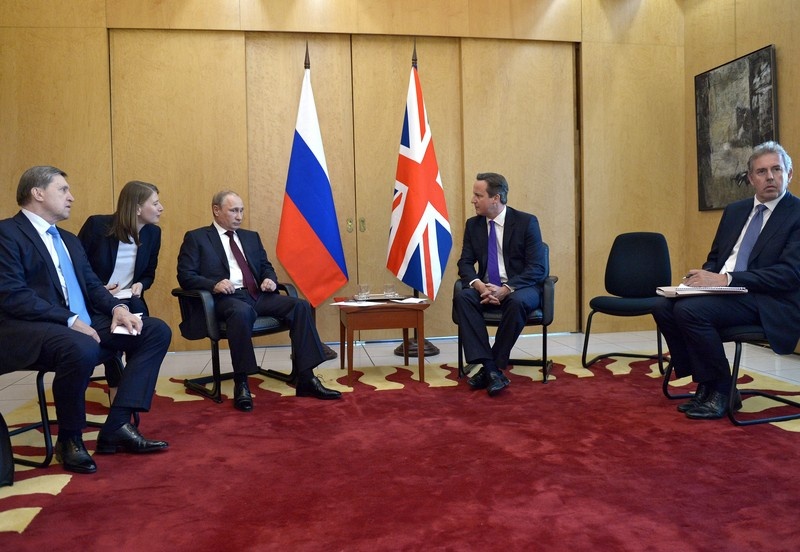