Rabinovich: Yesterday a coalition representative said: It is good that 70% will retire. Only a moron could say that

The main thing that a consolidated political forces could make is to deprive 15% of pension of pensioners, the chairman of the All-Ukrainian Jewish Congress, the head of the "Center" party, MP from the opposition bloc Vadim Rabinovich thinks. 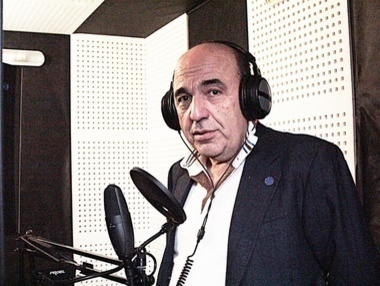 Rabinovich: The country is purposefully being converted onto the aboriginal camp, where eveyone will live in barracks and work for $ 3 for the master
Photo: Vadim Rabinovich / Facebook

After the changes adopted by the Verkhovna Rada, it will be more profitable for the majority of Ukrainians to remain retired and not to work, said in a comment to "Gordon" People’s Deputy Vadim Rabinovich.

"It was hard to survive in the past, and people used to retire when they were working. Now, if you're going to retire, you have to choose where you will be. Now it is more profiatble for working professionals to leave their jobs and stay with a pension. Yesterday a coalition representative said "It is great that 70% will retire now to clear the way for young." Only a moron could say that. The stuff has being risen for years, and now he says that it is great that all personnel will go away. They will soon see the results . Except for the sticks and monkeys no one will be able control anything, "- he said.

Rabinovich believes that Ukraine is being purposefully converted into "aboriginal camp."

"The main thing that a consolidated political forces could make is to deprive 15% of pension of pensioners. This is perhaps the only achievement of Rada. To consolidate the success they immediately adopted second law - for collectors. When you do not have a pension, you are in debts, you have nothing to give them, and then they can transfer your debt to special collector company, which is now on a formal basis will take all of your belongings. Country is being purposefully converted into the aboriginal camp, where everyone will live in barracks and work for $ 3 for the master. That's all " - the MP believes.

"We always talk about European integration, but Europe has received 80 billion of grants, and we beg for 14 of them to immediately give half with a huge interest. That's the real attitude to Ukraine - a native colony to use it as a cheap labor force," - Rabinovich stated.
Tags: Verkhovna Rada, Vadim Rabinovich