Sadovyi: World’s best experts should be nominated to key positions, even if they need to be provided citizenship 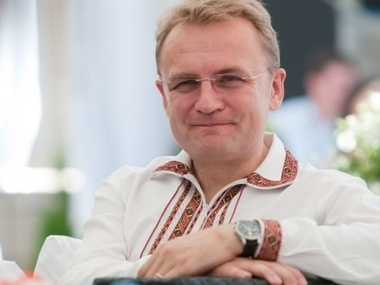 Babble concerning reforms has been lasting for decades, it is time to change something, considers the Candidate People's Deputy and mayor of Lviv Andrey Sadovyi.

"We must forget the quota principle, we must nominate Ukraine’s or world’s best experts of Ukrainian origin to key positions, even if they need to be provided Ukrainian citizenship," the candidate people's deputy and mayor of Lviv Andrey Sadovyi stated in the comment to the ''GORDON''.

"We need a government of ministers, not assistant ministers, but ministers – self-sufficient persons. We need a strong prime minister, we need to re-structure the work of the Verkhovna Rada in terms of its quality and pass from words to actions because our babble concerning reforms has been lasting for decades. I do not know any field where reform have been carried out. If we take local self-government, 60% of municipal authorities have been taken away over the last 10 years, and this is a crime. Such felonious policy led to the weakening of villages, cities, country, and the enemy has used it," Sadovyi said.

The mayor of Lviv does not know what is more important now – to work as a minister or to be the mayor. "It is necessary to take responsibility for people’s trust in you. I did not receive any offers, but I expressed my opinion," he said.

Sadovyi considers that we must wait for the final result of the elections in the question of the formation of a coalition in the Verkhovna Rada. "The coalition should include Poroshenko’s Block and People’s Front, and all the others are open to question. I do not want to be reading tea leaves. A coalition is a joint decision of many political forces representing the majority of Ukrainian citizens," Sadovyi said.