Semenchenko: War of images and ideas is also war, just as well as firing of Grad rockets 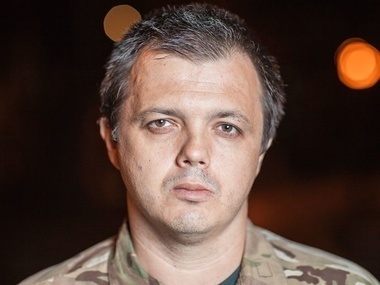 We should use European experience when countries imposed similar cultural restrictions during war, the commander of the Donbass battalion Semyon Semenchenko said.

It is necessary that Russian series should be forbidden on Ukrainian TV channels, considers the commander of the Donbass battalion Semyon Semenchenko. He stated it in the comment to the GORDON .

"They propagandize Russian military authorities, draw an image of a corrupted moral and domestic person, but with Russia in his soul, therefore, a good one. That is an image that is absolutely alien to our people and to our country. Besides, this country wages war with us. It is ideological diversion. It is necessary to forbid them, following the experience of all European countries that imposed similar cultural restrictions during war. It is generally a crime that it has not been done yet," the battalion commander said.