Semenchenko: Unmotivated people should not be mobilized while there are a lot of volunteers who do not know what to do with themselves

The commander of the Donbass battalion and People’s Deputy from Samopomich Semen Semenchenko considers that two main problems of mobilization in Ukraine are fools who mobilize those who do not want to fight and ways of spreading "informational nonsense ". 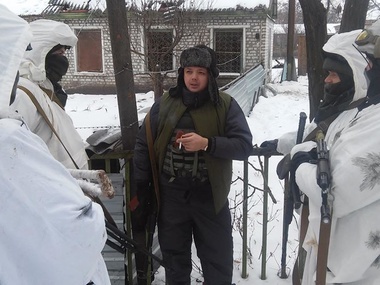 There are three times more people for entering the Donbass battalion than it can accept, said Semenchenko
Photo: Semen Semenchenko / Facebook

One of the main problems of mobilization is that the military command calls up those who do not want to join the army. The commander of the Donbass battalion Semen Semenchenko said it in the comment to the GORDON .

"Two main problems of mobilization are fools and ways. Fools who manage people who must organize conscription and who call up unmotivated people. I do not mean everybody, I mean the top command. There are very many experienced regular officers who understand that it is impossible to work with unmotivated people while there are a lot of volunteers who sit idle and do not know what to do with themselves. In particular, there are three times more people for entering the Donbass battalion than it can accept. The salary is UAH 980, but people are eager to fight," Semenchenko considers.

"The second problem is ways by which informational nonsense penetrates our mind; this nonsense frustrates mobilization and undermines confidence in both the commanders and the voluntary movement. Many of our national mass media are involved in this forgetting that, if it is calm and quiet in Kiev, it does not mean that there is no war in the country. There are many such rumours: everyone will become food for powder, the army is corrupt and so on and so forth. Therefore, fools and ways are two main problems of mobilization," the commander of the Donbass battalion noted.