Senchenko: Attempts to monopolize power will be made by the presidential force in new parliament 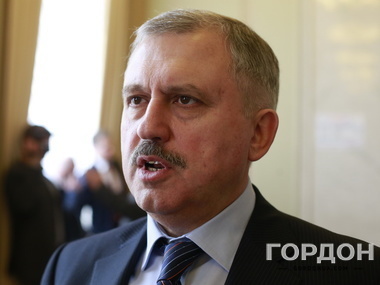 According to the People's Deputy from Batkivshchina Andrey Senchenko, the existing electoral system does not guarantee honesty, and the new parliament will try to concentrate the power in one hands.

The People's Deputy Andrey Senchenko considers that, judging by the moods in the camp of the presidential political force, they want to take the new parliament under their control. Senchenko said this in his comment to the GORDON edition.

"The attitude that Poroshenko’s block representatives demonstrate today is that the prime minister and the speaker should to be from one political force. And this attitude will substantially define further events in the parliament. Therefore, we can expect attempts to monopolize power from the new parliament," Senchenko considers.

"Such attempts have been traced for the last four months, and new efforts will be made after the new parliamentary elections. Only voters can prevent it with their choice", the people's deputy noted.

According to Andrey Senchenko, the election system in Ukraine in itself promotes falsifications.

"The election system in itself does not guarantee honesty because the majority component is still aimed at bribery and manipulation. The fact that a new law on strengthening of criminal liability for bribery of voters was adopted on the eve of elections, is not a system yet, it is not settled in the heads of voters, candidates, law enforcement authorities and so on. Therefore, it will be applied selectively and it will not work as a system which is practically supposed to eliminate bribery of voters," Senchenko noted.

The people's deputy also noted that there may be attempts of falsification of the bulletins in the areas occupied by terrorists at these elections.

"There will be falsification attempts, we should say that they were at the legislative level when they tried to pass the bill in the parliament to get rid of 3 million bulletins printed for those territories where ATO is being carried out. Legislators did not pass these drafts, so falsification is still possible, though on a smaller scale," Senchenko considers.