Shymkiv becomes a chair member of the Pharmaceutical firm “Darnitsa” 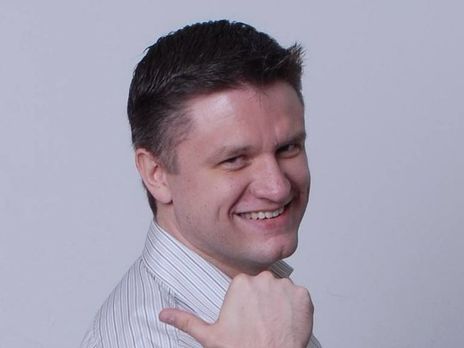 Dmytro Shymkiv: Medical industry and pharmaceuticals will set the trends in economy and innovations during the next 25 years
Photo: Dmytro Shymkiv / Facebook

Former deputy head of the Presidential Administration of Ukraine Dmytro Shymkiv chaired the board of the PrJSC “Pharmaceutical Firm “Darnitsa” managing company.

The company’s press release reads that the newly elected top-manager will be responsible for international affairs, strategic planning, development, and new technologies implementation.

“Darnitsa” – is a modern, dynamic and profitable Ukrainian company. It is an interesting challenge for as a businessman to bring it to the club of international pharmaceutical players. It is also appealing for me that Darnitsa not only creates the added value on its production in Ukraine but also invests it in Ukraine,” Shymkiv commented on his new appointment.

He also pointed out, that Ukraine’s pharmaceuticals market is growing actively, and Ukrainian made concepts have good perspectives on international markets.

“Medical industry and pharmaceuticals will set the trends in economy and innovations during the next 25 years, as the IT has been doing the same during the last 25 years in a row,” Shymkiv thinks.

He also said that in the next few years he is planning to work as a board member in several IT companies, that have already offered him to join their top-management.

Dmytro Shymkiv was born on September 28, 1975, in Lviv. Since 1998 was working in top-management in innovation companies of Ukraine, Europe, and the USA.

In July 2014 he became the deputy head of the Presidential Administration of Ukraine. Over a period of four years on civic service, he took part in the creation of the National Reforms Council, the launch of 3G and 4G in Ukraine. Dmytro Shymkiv also was behind the launch of the electronic public procurement system ProZorro, took part in creating a steady development strategy “Ukraine-2020”.

Moreover, the GoGlobal project of English language studies and popularization was also launched with the help of Shymkiv.

PrJSC “Pharmaceutical Firm “Darnitsa”, founded in 1930, is a leading producer of pharmaceuticals in Ukraine. The company’s portfolio includes about 250 brands of different medication. In 2017 the company declared Hr 2.530 billion profit from selling products, which is 19 percent more than in 2016.

The VIII session of the Verkhovna Rada lawmaker Glib Zagoriy is a co-owner of the company.

As it was previously reported, Volodymyr Kostyuk was appointed the executive director of the PAO Farmak (Kyiv) on July 25. Until March 2018 this post was occupied by his predecessor Avgustin Dubnichka.