Sushko: Belarus and Kazakhstan cannot afford to create an anti-Putin front – Lukashenko and Nazarbayev simply show that they are not Putin's puppets 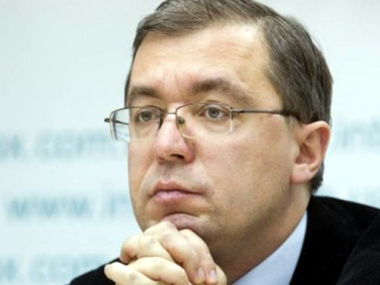 Sushko: Belarus and Kazakhstan are very weak, they put much into the cooperation with Russia
Photo: profi-forex.org

According to the Scientific Director of the Institute for Euro-Atlantic Cooperation Alexander Sushko, Presidents Alexander Lukashenko and Nursultan Nazarbayev show the Russian Federation their discontent and willingness to play a more complex game which in particular suggests direct contacts bypassing Moscow.

Visits of the President of Belarus Alexander Lukashenko and the President of Kazakhstan Nursultan Nazarbayev to the Ukrainian capital does not mean creation of an anti-Putin front, but rather a "real politics" game as they understand it. This opinion was expressed by the scientific director of the Institute for Euro-Atlantic cooperation Alexander Sushko in his comment  to the GORDON .

"They cannot afford to create an anti-Putin front – they are too vulnerable and they have staked too much on cooperation with Russia. But can afford to show that they are not puppets and not Putin’s tools – in particular, by means of direct contacts," the expert noted.

In his opinion, both Nazarbayev and Lukashenko do not feel comfortable with the games that the Russian President Vladimir Putin involved them in, considering that their countries are members of the Euro-Asian community.

"It is obvious that they are not satisfied with the policy of unilateral trade activities that are not compatible with any integration policy. Such Russian unilateral commercial activities are only a surface part, a part that we see. The project of the Euro-Asian Union is practically going to pieces because its foundation is shaken today," Sushko emphasized.

He is convinced that Lukashenko and Nazarbayev understand that they are used merely for geopolitical purposes.

"Contacting with the Ukrainian authorities, they show their discontent and willingness to play a more complex game which in particular suggests direct contacts bypassing Moscow," the expert summed up.