Trump as Putin’s agent, and how it threatens humanity 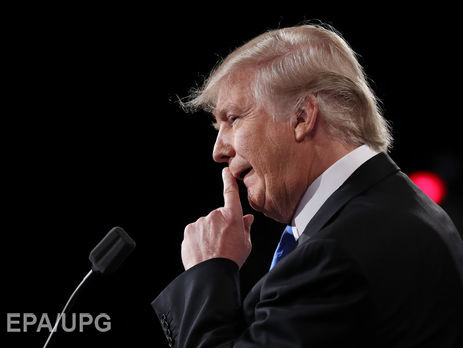 Donald Trump travelled to Moscow in 2013 to attend the beauty contest
Photo: EPA

Yuri Felshtinsky, a Russian American historian, is sure that the Republican Party nominee for U.S. President Donald Trump has been recruited by Russia and acts in the interests of Russian President Vladimir Putin. In an exclusive column for GORDON, the author stresses that he has no evidence to corroborate this claim, but all Trump’s statements and actions fit into an agent’s pattern of behavior.

Americans have different reasons to vote for Democrats or Republicans. Some always vote for Democrats, others always vote for Republicans. For some, taxes matter the most. It is all about foreign policy for others. The fate of one particular country, for example, Israel, matters yet for others. And abortions for still others. I do not think that an average voter such as us scrutinizes political party platforms. Each of us has a stable worldview and our own selfish considerations that are based on common (or not very common) sense. These stable ideas are adjusted depending on the current state of affairs and emotions.

Several days before the end of the most shameful electoral campaign in the U.S. history over the last decades, I will allow myself to admit my obvious weakness as a voter: for me, what matters the most in the presidential candidate’s program is the foreign policy aspect.

There are several major foreign policy issues in this season. Let us start with "near abroad" (as it was common to write in Russian new reports): Mexico. Two candidates are literally divided by a wall with a known height of 30 feet. However, since neither Clinton, who does not promise to build it, nor Trump, who does promise but will not do it, are not going to build the wall, this issue can be shelved for now.

Concerning far abroad, Trump’s program boils down to the obsolete term “isolationism”, whereas Clinton suggests pursuing the traditional American policy of interference. Under the guise of saving budget dollars, Trump suggests that no more money be spent on unprofitable foreign policy projects.

I’d like to clarify the point: first, foreign policy projects are always unprofitable and are not (and cannot be) a lucrative business; second, twice in contemporary history when the USA was not involved in European affairs, namely before 1914 and in the period from 1919 to 1939 (the so-called “isolationism” period), Europe ended up with world wars which America was ultimately forced to get involved in, with numerous casualties and financial losses. In other words, America’s non-interference with European affairs ended in world wars (involving the USA), whereas the U.S. stationing in Europe in the format of deployed NATO troops successfully guaranteed peace in Europe throughout the post-war period from 1946 to 2014 – the longest peaceful period in European history violated by Russian intervention in Ukraine.

Therefore, we can confidently say that Clinton’s appeals to pursue the current lousy American policy of cautious interference where possible is more reasonable and safer than Trump’s intention to stop spending money on the “good-for-nothing” NATO and having the Muslim East independently solve its problems that are inconceivable to the American mentality.

It should be mentioned that Trump’s foreign policy program is obviously a weak point of his electoral platform. For all these months, Trump has managed not to say a single bad word about Putin, whom only the lazy will not criticize, about Russian foreign policy and about Russia’s attempts to influence American elections, including by hacking the servers of the American Democratic Party, which Trump openly urged Putin to do having selected the most legally secure way of communicating with the president of a non-amicable country – through public speeches (rather than the available but risky option to communicate through Trump’s server directly connected to Alfa Bank). This appeal was not left unattended, and new documents compromising the Democrats were uploaded after Trump’s speech.

It is now high time to ask why the presidential candidate Trump acts with regard to the European aspect of the U.S. foreign policy in such a way that does bad to him and leads to him losing votes during the sharpest election campaign in American history. The loss is obvious: not a single emigrant from Eastern Europe will favor the weakening of NATO because NATO is the only guarantee that Eastern Europe will remain independent and will not be occupied or controlled by Russia; Trump’s program concerning Ukraine implies its transfer to Russia’s sphere of influence, which turns down voters of Ukrainian origin; Trump’s attitude to Putin turns off people like me.

There is only one person who benefits from the foreign policy program drawn up for Trump in the Kremlin (which I cannot prove either), and it is Putin

There is only one person who benefits from the foreign policy program drawn up for Trump in the Kremlin (which I cannot prove either), and it is Putin.

I do not know how exactly Trump was recruited (perhaps, during his first visit to the beauty contest in Moscow in 2013). But I know for sure that he has been recruited. And I also know that all American voters, including those of Russian origin, who support Putin (and the occupation of the Crimea, which became an acid test along with the Mexican wall) will vote for Trump at these elections, and I do not think that any one of them will vote for Clinton. The watershed created in March 2014 will only become deeper and wider on November 8, 2016.

The upcoming elections are an American referendum about the future of Europe and the Muslim East. If Europe is left to its fate, its Eastern part will doubtlessly be occupied by Russia. If the Muslim East is left without American attention, Israel will be at great risk above all. Both the former and the latter may have unpredictable consequences for humanity.