UDAR member Firsov: While Donetsk looked like Chernobyl in August, it starts to revive now

People’s deputy from the UDAR faction Egor Firsov said that citizens of Donbass who had left their homes because of war are now coming back to their homeland in the hope of a truce. 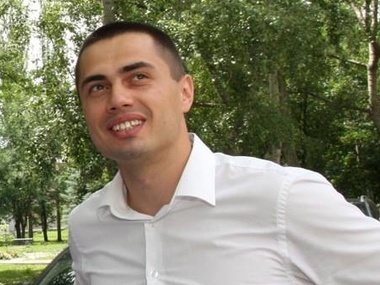 Firsov thinks that migrants want to come back to their homeland
Photo: Egor Firsov / Facebook
Despite the fact that military actions in Donbass are still in progress, migrants start moving back home because they have their houses, relatives, friends, and work there. People’s deputy from the UDAR faction, head of Donetsk regional party section Egor Firsov told this in his comments for GORDON.

"Everybody who moved out want to come back. At least, most of them. It is despite the fact that military actions are actually still in progress in some parts of Donetsk region, for example, near the airport. Even my acquaintances are returning there after adoption of laws on the status of the territories in the hope of a truce, in the hope that the troops will retreat. There is much less shooting, they say. While there were armoured personnel carriers and tanks in Donetsk before, heavy vehicles have now left the city and there is no such terror as there used to be. It is their homeland, they have their houses, apartments, businesses, relatives and friends left there, so people want back home," Firsov noted.

"Donetsk is a city with around one million inhabitants, 950 thousand people used to live there. There were no more than 300 thousand people remaining there two weeks ago, and, according to my information, there were even around 200 thousand people. It means several times fewer. Some people left for Kyiv, some went to Donetsk region, for example, to Mariupil or Krasnoarmeisk, others moved to Lviv or Dnipropetrovsk. Pro-Russian part of the population, though it was a minor part, went to the Crimea because the prices for real estate are lower there now, or to Russia," added the deputy.

According to Egor Firsov, Donetsk is starting to return to its normal life.

"While in August you could drive along the central street in Donetsk and see two-three persons and no more than two cars, there are microjams at the traffic lights now. While the city looked like Chernobyl in August, it starts to revive now. I even know that the terrorists stopped taking away cars and property, chaos and disorder that used to reign in the beginning has almost disappeared," stated the people’s deputy.

According to the data of the State Emergency Service as of 27 September, 60 thousand migrants have returned home.