Russian political scientist Vishnevsky: I hope that the mind of the Russians will clear and they will understand that they love the rouble more than Putin 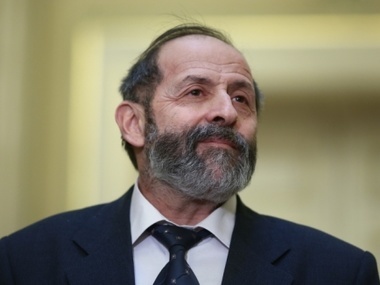 Vishnevsky: When they cried: "Crimea is ours!" they didn't know they would need to pay such a huge price
Photo: therevich.com

Putin's environment must explain to him that the policy should be changed, and no military decisions are possible, the Russian political scientist, journalist and oppositionist Boris Vishnevsky considers.

The economic crisis arose because of Putin's policy, the mind of the citizens must clear, the Russian political scientist and journalist Boris Vishnevsky said in the comment to the GORDON.

"I hope that the rouble crash will influence the Russian aggression because it is clear that the collapse was a direct consequence of policy. If we want to alleviate consequences of the economic crisis, it is absolutely clear that this policy must be changed. The question is whether Putin and his environment will be ready for it, and to what extent the discontent of citizens with the rouble exchange rate will force them to change the policy that, as a matter of fact, caused it. The fact that there is discontent is obvious to anyone who notices prices in the shops. When people shouted "Crimea is ours!", they did not think that they would have to pay a very high price for it. Now it comes true. I hope that some citizens’ mind will clear and they will understand that they love the rouble more than Putin," the political scientist declared.

Vishnevsky considers that Putin's environment that want to spend money abroad has to explain to the Russian President that there should be no military decisions.

"People surrounding Vladimir Vladimirovich want to earn money here and to spend it there. I do not think that they will be happy with the idea of spending the rest of their lives in a besieged fortress. I hope that they will try to explain to him that the policy should be changed and that no military decisions can be made. I hope they will have enough prudence to do that. We will see what Vladimir Vladimirovich will tell at the press conference tomorrow. Of course, I do not cherish any special illusions, but nevertheless it will be interesting to listen," the journalist said.