Yury Bereza: We should involve the West into peace negotiations as vast majority of terrorists hide their relatives there 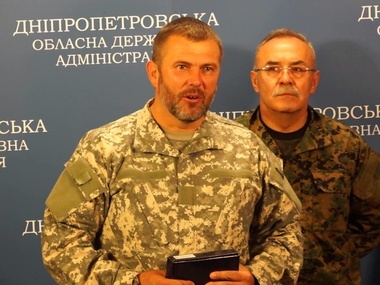 According to the commander of the battalion "Dnieper-1" and the deputy of Rada from "Narodny front" Yury Bereza, it is a blemish job to conduct negotiations with militants in Minsk format.

According to the People's Deputy from "Narodny front" Yury Bereza it is inadmissible to conduct negotiations with terrorists in Minsk format, and it is better to use the Geneva format. He declared it in the comment to the  "GORDON" .

"To conduct negotiations with terrorists is the latest of affairs. It is very difficult to comment on something here. I don't trust those negotiators, and everything depends on the one who conducts negotiations. I won't trust Medvedchuk. If terrorists want to speak with Kuchma, let him speak. It is their level and no more than that",– declared Bereza.

"The format of negotiations has to be Genevian (Russia, Ukraine, the USA and the EU.–"GORDON"). There are a lot of Russians children in the West. The vast majority of terrorists hide their relatives in the West. So the they obey the West, such format is more expedient and correct",– the people's deputy told.