Zemliansky: If they start cutting off the power in Kiev, the social explosion may occur supported by regions 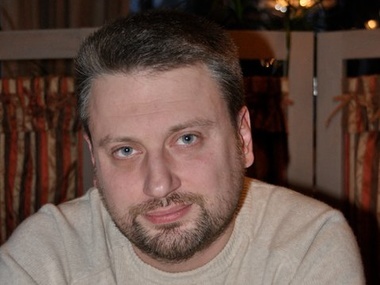 Ex-Head of Public Relations of "Naftogaz" Valentin Zemliansky believes that the normalization of the Ukrainian energy system needs clear agreement on the coal and electricity supply from Russia.

The restriction of electricity supply to the occupied territories will not help to make good the shortfall in the power system, which was formed due to lack of coal. The energy expert Valentin Zemliansky commented on this issue to the "Gordon" edition.

"Disabling the Crimea does not help, because there is no so much consumption. There was an offer from Russia to transmit electricity to the Crimea through Ukraine transit, and I do not see anything supernatural in this offer, except for political obstacles," - said the expert.

According to Zemliansky, the power cutoffs in the capital could provoke a social explosion, that is why the authorities will try to avoid it.

"If you disable Kiev (and all revolutions, as we know, are made in the capital) - people will give up the TV. If they will not receive any doses of information for 3-4 days, we will get a social explosion that will start in Kiev and will be supported by the regions. The logic is to keep Kiev calm, so that there was no background for the moves of social discontent, "- said Zemliansky.

To the expert’s opinion, in order to avoid energy collapse, it is necessary to establish a regular supply of coal for thermal power plants or the electricity import.

"If nothing is done, the collapse threatens. But there is a solution. Either you arrange a systematic coal supplies from the Russian Federation, or negotiate on the electricity import in order to cover the existing shortage of capacity. If this is not done, first of all there will be rolling power cutoffs, and then the whole system may collapse, "- Zemliansky thinks.

In some regions of Ukraine, particularly in the Kiev region, they started to cut off the light in the morning and evening day time on the 1st of December. The Ministry of Energy reported that power outages will last until Friday, until the nuclear unit of Zaporizhzhya NPP is restored.